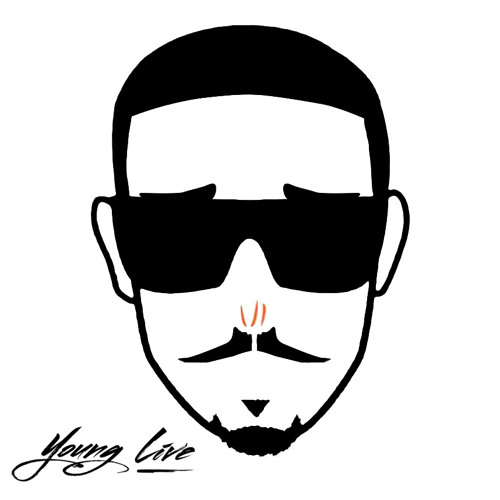 Chicago is one of the most well-known cities in the world in terms of music. Birthing many accomplished artist, even a few sub-genres, even one of the largest music festivals, Chicago has earned its place along New York, LA and Atlanta, as the place to be for aspiring musicians. However, many aspiring artist have accused Chicagoans as not taking care of their budding artist in terms of supporting budding artist.
Chicago’s Young Live known for breaking hearts and making art refuses to be tied down to one sub-genre of music, creating the super melodic trap music, perfect for smoking with a few friends or raging on the dancefloor at your favorite venue. His tracks have Bass, Trap, House, Progressive House, Future Bass, House Trap, Trap House, Dirty Dutch, Big Room, Chill Step influences but it wouldn’t be doing him any justice by labeling him by a single genre as, he blends multiple sub-genres into a beautiful, seamless, melodic piece. Young live has shared bills with the likes of Diplo and Gucci Mane and has played at a plethora of music festivals such as Pitchfork and SXSW. Unfortunately, I wasn’t able to sit down with Young Live face-to-face but, I was able to interview him through the limitless capabilities of the internet and, I was able to ask him about the troubles, mistakes and life hacks, of an up-and-coming DJ.

EDM Bangers-How did you get into Producing and DJing?

YL-I started off musically making hip-hop beats for underground artists and a few industry artists for mixtape purposes. Ran into rapping while in college and that’s where I met Mop Top who would soon be my partner in ‘Starters DJs’ ; where we made mostly live mash-ups and hosted large scale underground parties in Chicago. Eventually expanding to other cities and building a name with a series of mixtapes and remixes.

EDM Bangers- What is one mistake you see a lot of up and coming DJs making? / What advice would you give to aspiring DJs?

YL- I have seen before that young DJs will pay to play, sell tickets to get their slot, or even play for a price that is far below what they are worth. I would say just to aspiring DJs is to learn as much as you can and to build connections; get out there and get in it.

EDM Bangers- What is something that bugs you about the DJ scene?

YL- Hard question. Not much bugs me about the scene, the one thing would be shady promoters/event managers. Dealing with contracts and such gets a little tedious also.

EDM Bangers- How do you feel about Chicago in respect to showing support for local artist?

YL- To be completely honest. I’ve been to other places that showed more support in my eyes. Support meaning not to a particular artist. I feel Chicago is segregated or cliqued up very hard. In Chicago, I would say it’s more personal than talent based but that’s just an opinion. Certain people showed lots of love and support and others did not. There are traveling artists of genres in this city that don’t get support from the “larger” artists. I feel, the fans love good music regardless. They just don’t always get to see artists from their hometown as often as they would like. This comes from the mouth of the fans.

EDM Bangers- What is your opinion regarding the difference between old school DJing where everything was restricted to vinyl and modern DJing where most tracks are never put on any physical medium before or after release?

YL- I feel that it definitely gives a leg up to somebody such as myself with me being able to make tracks and play them out in DJ sets with the feel of playing vinyl. In my eyes, the freedom that comes with digital releases and tracks is game changing.

EDM Bangers-Where do you think the scene is headed? One year from now? Five years from now?

YL- (Laughs) Honestly I can’t really tell where the ‘scene’ is headed. To take an educated guess, I would say people are tending to gravitate more towards the ‘festival’ feel of songs. People tend to like usually 2 to 3 different genres/subgenres as favorites; which tend to be certain artists instead of a bunch of artists. With artists constantly testing their limits, people tend to get more variations of styles.

EDM Bangers- I love your ‘Supposed To Be Remix’, do you have an other songs you plan on remixing, and what’s with the lack of Kanye (I’m a shameless Kanye super-fan) remixes?

YL- For remixes like that, I just choose recent popular songs that I would want to hear with more energy. Possibly working with some rappers I met in Atlanta and some DJ’s I met across the South East. I won’t name any names and jinx it. I definitely have some collabs in the works though.
Kanye, I never really thought of that. Might be my next one. Any suggestions? *laughs*

To that I say, any Kanye is good Kanye.

Interview with Russ Liquid and Thriftworks

Exclusive Interview with Dani Deahl AKA Trapped Out Martha Stewart