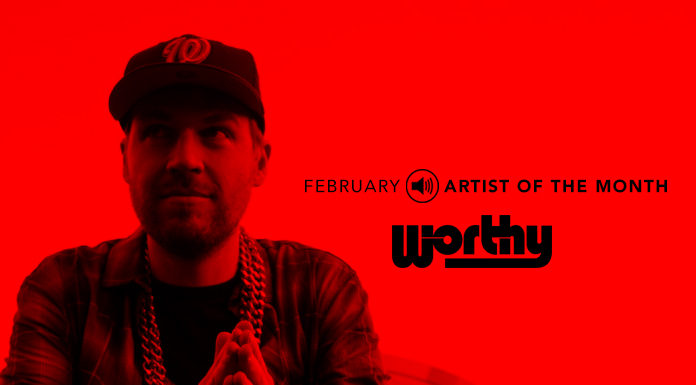 We spoke with one of Dirtybird‘s finest, during his Chicago stop at The Mid, and we had a blast talking to him about production, his influences, and what makes him Worthy.

Focused on his taste of house, Worthy blends bangers with melodic elements, all in one scoop. From Dirtybird to his own label, Anabatic Records, his artistic expression varies and never ceases to surprise us.

Worthy is our Artist of the Month for February, and you should definitely catch him in one of the stops during his “One on One” tour.

You can purchase tickets for his “One on One” tour here!

So what’s up with Worthy?, where did the name come from?

My middle name is Worthigton , so that’s where the Worthy? comes from. That was my nickname for a while, but I had a bunch of other names like Dj Link, and dj Orca . Someone said you should go by your nickname, Worthy?, so I was like boom, I’m Worthy?. When I started taking everything seriously, that’s the name i stuck with. It’s perfect. It’s from me, it is me, it’s part of me.

Are you an LA native?

I am from Washington D.C., but I live in Oakland, California now.

What started you in the music game?

I was always into music. I used to play in bands when I was in high school. When I found out about electronic music, I was like, wait, I don’t got to find four other dudes to come and put work together? I can make music by myself and not have to worry about four other egos in making a track.

How was your first electronic music production setup?

When I first started to make electronic music, I was on my computer on a program called Reason, in 2003. It was really bad in the beginning, and it took me a while to make some really good stuff. It took me a couple of years to figure it out. I am still figuring it out to this day; you never stop. You just want to keep on experimenting, keep figuring out how to make your bass sound fatter and your kicks spit fire.

Where do you find the moment when you say that this track is done?

I know when I come back to the song, and i listen to it a couple times, I distinguish what rolls really well. If I am happy with every single part of it, then it is done. Sometimes, I will even step away from it for a week, before I come back to it. If it has a little bit too much going on, I will pull out a couple sounds. Then, I know what’s working and what sounds are hitting, but I also know I can make another track! This track is done, but lets also make another one. Let’s see what else can come out of this.

Talk to us about your label, Anabatic Records.? How did that start?

I wanted to put out my own music, and I wasn’t finding any outlets for it at that moment. It started right at the beginning of Beatport, and they were looking for new labels to bring in. I wasn’t really thinking of making this into a full time label. I put a couple tracks out to see what happens, but people started sending me music. I was digging their tracks, put them out there, and people started noticing them. Now it’s been over ten years of putting out music, and it helped start the careers of many others artists, like Nick Monaco? and Will Clarke?. We had the opportunity to put a lot of different and cool musicians out there.

Did you start your own label before or after Dirtybird?

I started it after Dirtybird?. I wanted to start my own label to put out records that Dirtybird? did not want to release.

How did you meet Barclay (Claude Von Stroke)?

I don’t remember the exact moment that we met, but there was this bar that Justin? and Christian? Martin? used to work at, that we would all hang out at. I think we met there, or at movie premiere preview, for which Justin? did some music for Barclay. I am not sure, it is so long ago!

Do you think of Dirtybird? as a family?

Yeah! When it comes to the original curators, it’s like a family. The new people that come in become instant family. Everybody is really really cool, and ends up hanging out with us. Somehow they end up being the coolest kids we met. These guys are awesome, they make amazing music and we end up hanging out and partying with them.

You just got a new track out on Exploited Records right?

Yeah, last time i checked it was charting, but I try not to look at the charts too much. I went to that deeper side of music and that’s my melodic side with some grimier, heavy bass. I tried combine that bass with the melodic deep house vibe. It keeps me refreshed from having to make only banger tracks.

Who inspired you as Worthy ?in the beginning of your career?

One of the first parties I went to in New York, called Chocolate Factory, had Jausky and Onionz?, who influenced me in my productions. Then, I turned on to jungle music with LTJ Bukem? and Roni Size?. I really got into jungle at first, but then I also got into trance as it was coming up. For me, jungle definitely spoke to me. Coming from punk and metal bands, it was as aggressive and fast, and kinda had the same tempo. Then, I went out and saw Sasha? and John Digweed?, danced for like 6 hours, which proved to be a whole different vibe. I also got influenced from some detroit legends, like Stacy Pullen?, DJ Icey?, and Dieselboy.? DJ John Kelley? also influenced me with his dessert break sounds. All their tunes really stuck with me, and part of their sound comes out in my music.

How many stops are you doing on your headlining tour?

I am up pretty early. I get my daughter to school by 9 am. Then I come back, send emails, while I drink a cup of coffee. Depending how I am feeling that day, I will work in the afternoon to about 5 p.m., and then I pick up my daughter from school. I will get to work at night again too, if I am feeling really good about a project. My studio is on my property, so I have access to it anytime. I feel like night time is when I really make my breakthroughs. During the day, I am tightening tracks up, or start something new.

Is there a new album in the works?

My wife really wants me to do another one! It is all in the blue for now.

How does she go about your music?

She is very supportive of my music. She is one of the people who helped come with the idea about this tour. She works in the music business too, and is the one really kinda running the tour, makes sure everyone has their shit together. She definitely has my back.

What is your favorite element in a house track? Is it the bassline? Is it the drums?

I am all about the bassline. For house, it is about the groove. Groove is what gets everybody moving. I always try to find a nice, subby, groovy bassline for my tracks.

Are you an analog or a digital type of guy?

I am more on the digital side. I got a moog, but i always feel like I get stuck in my VSTs more. It’s easier to get right into them.

Previous article
Pryda – Lillo
Next article
Stop The Ringing: A Guide To Protecting Your Ears + Giveaway 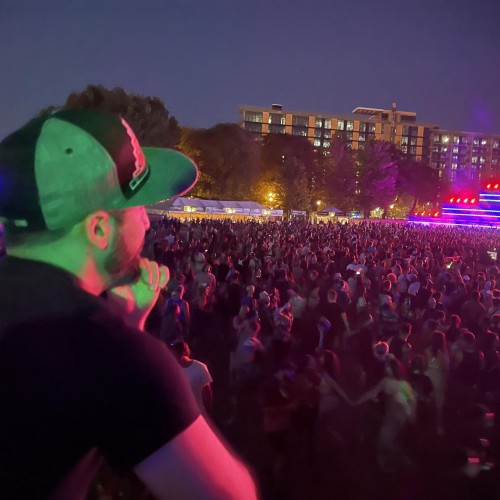 Axwell ? Ingrosso – We Come, We Rave, We Love