Virtual Riot is an international producer, hailing from Germany. He has had numerous Beatport charting songs and has a massive online presence with over 200k on SoundCloud and Youtube. That is huge for artists like him who produce ‘non-traditional’ dubstep. As much I’m into dubstep and different sounds of dubstep, I’ve never really listened to Virtual Riot and I believe “Never Let Me Go” solidifies why.

The build up is beautiful and the main synth and chorus are amazing. I was so excited for “Never Let Me Go,” as it pulled me in with its beautiful chords in the beginning. But, after the initial drop, I got lost.

There’s just too much going on for me; it makes my head hurt.  I like songs I can make sense of. I want to be able to hear and identify every sound or synth (for the most part) but with this song, I just feel as if there’s a ping pong ball bouncing in my head back and forth. It almost sounds as if he has multiple synths overlapping each other which was a lot.

His SoundCloud bio says ‘Making dreamy wubwub music,’ he nails the dreamy chords and build-up. However, the ‘wubwub’ part is a little too much for me.

Download ‘Never Let Me Go’ from his latest EP here for free and let me know if you agree or disagree. 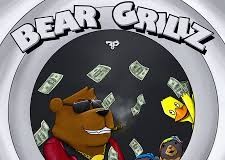