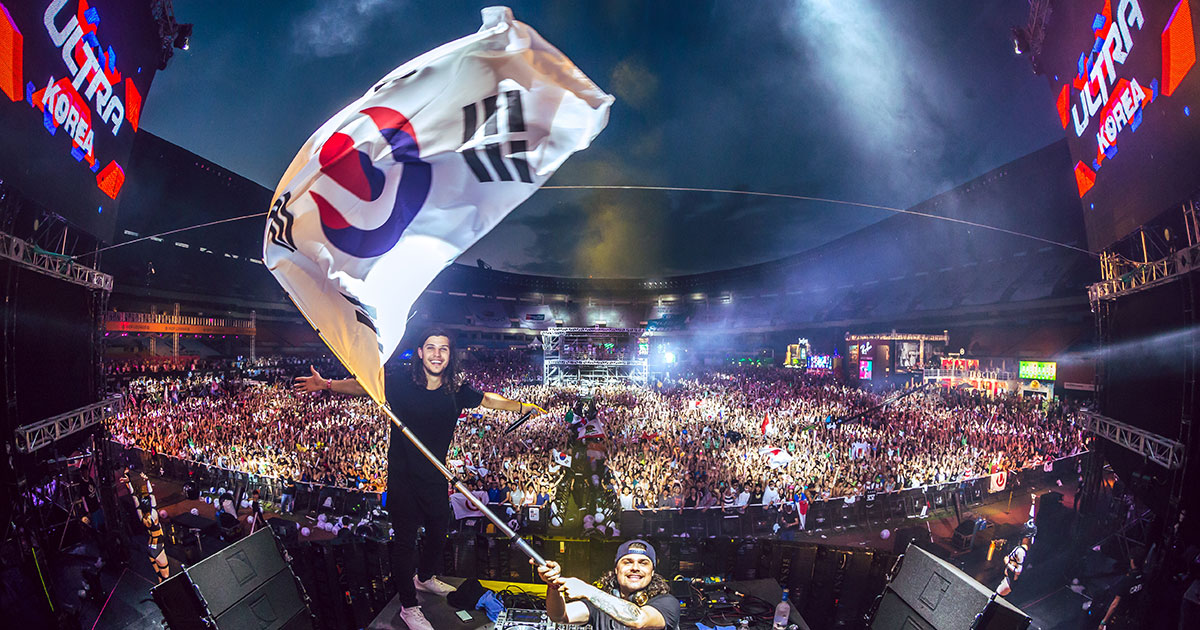 All of those headliners will also be performing at Ultra Music Festival Singapore. This year UMF Korea and UMF Singapore will be taking place the same weekend. (Oh, to live the travel-filled life of a DJ!) Alesso is the only DJ performing exclusively in Seoul. He already headlined UMF Singapore in both 2015 and 2016. In order to make this intra-continental festival happen the DJs will have to fly across the South China Sea the morning of the 11th.

To me, as of right now, Ultra Singapore has the more stacked lineup. However, there are still 2 more phases of lineups to be announced so that could quickly change. Every Ultra Festival around the world releases their lineups in 3 phases (phase 1, phase 2 and the resistance). Last year, UMF Korea headliners included Axwell v Ingrosso, deadmau5, Avicii, Martin Garrix, Afrojack and Knife Party.

The 6th edition of UMF Korea will take place in the Seoul Olympic Stadium.

While the early bird option is sold out, advance tickets are still available. If you are interested in going, I would purchase the tickets as soon as possible! They can be purchased here.

You can follow Ultra Korea on their social links below:

Mat Zo – Giving It All Up