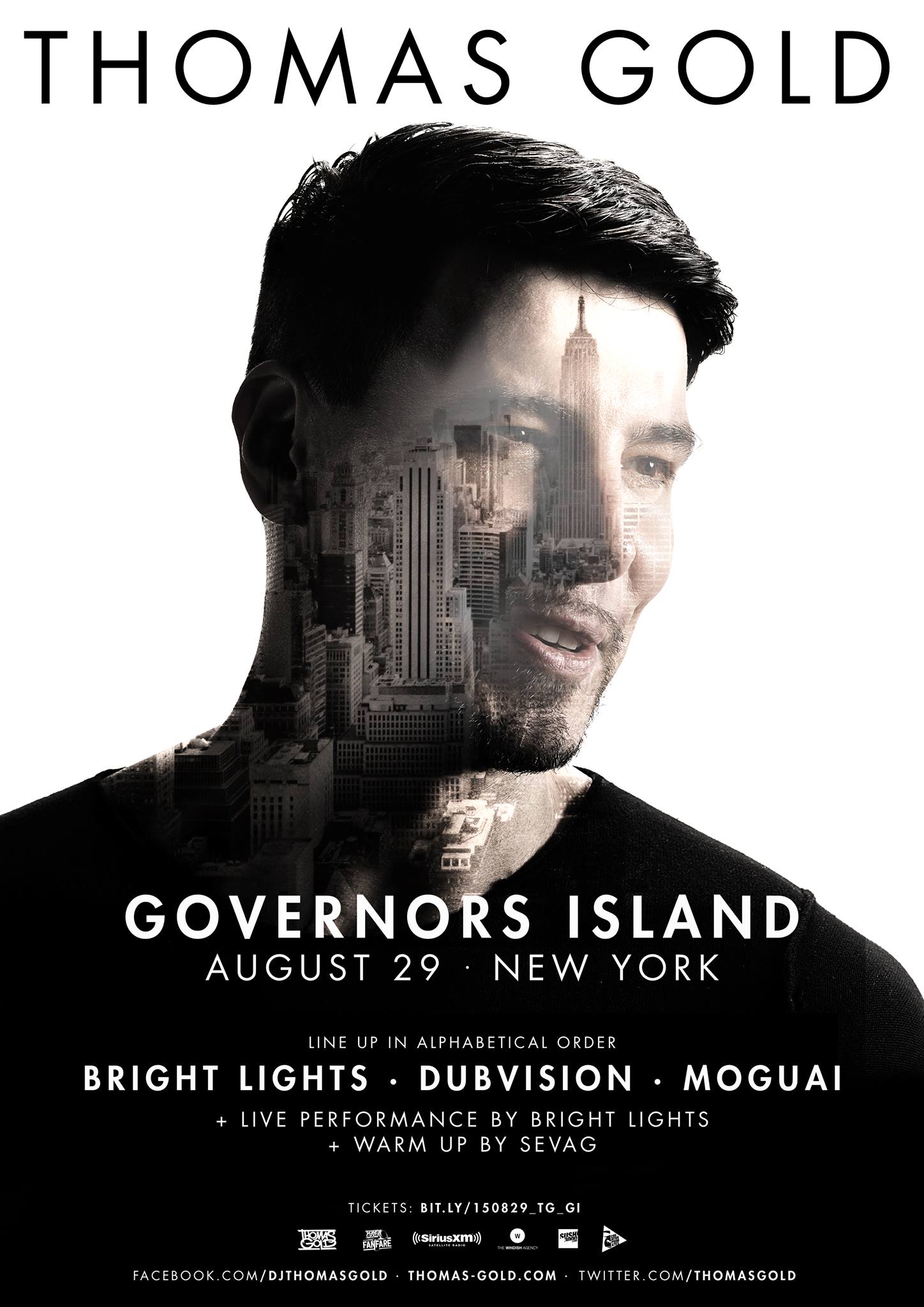 The man who lives for New York is back and this time he is bringing a special guest with him to the stage. Thomas Gold and Bright Lights, the two that brought you “Believe” on Revealed Recordings, is back to bring the house down at Governor’s Island next weekend where it will be his 5th time performing there. The two have just finished up their new collaboration together a little over a month ago, but are ready to party it up one last time with the people of NYC before the summer season comes to a close. The track Believe was definitely one of the tracks of the summer coming from Revealed with the beautiful voice of Bright Lights and the master architect behind it, Thomas Gold.

It climbed to number 3 on the beatport chart back in late July and he has shown every time he has come to the Greatest City in the World (NYC), he has brought the energy and the loving passion for music. Bright Lights will bring the crowd that illustrious sing along with their new track together and who knows, maybe another sneak peak to a new collaboration together might be in the books. Thomas has shown time and time again that he has so much love for the city of New York and that he truly loves performing live for them, because seriously come on, who wouldn’t want to play in front of those fans! He will make it another memorable night in the Big Apple with his partner in crime and leave off the summer season with a bang that will have fans wanting to go back.