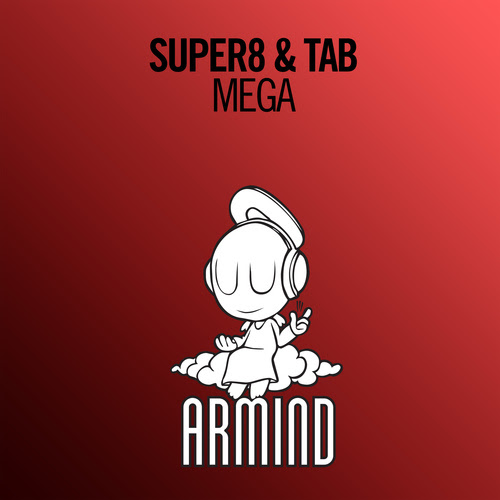 With one of the most sought-after IDs from Armin van Buuren’s recent live sets and hand-picked feature of the prestigious ‘A State of Trance 2016’ mix compilation, Super8 & Tab are back for round three on Armin’s ARMIND imprint with “Mega,” out now via all DSPs.

“We wanted to try out something new, what Super8 & Tab could sound like in 2016 while keeping core elements from our past which are melodics, harmonies and uplifting feeling. It also has a pretty unique sound to it so we can confidently say that ‘Mega’ is fresh. We hope our fans will feel as excited about Mega as we are!” – Super8 & Tab

Following their smash-hits “Komerobi” and “Moonbow,” Miika and Janne aka Super8 & Tab kick it up a notch with their latest club destroyer, comprising a raw and unforgiving baseline alongside a kick-ass melody and spellbinding harmonics. “MEGA,” one of the most widely supported tracks of Ultra Music Festival 2016, offers a slightly different look into Super8 & Tab’s creative abilities. While their melodic and harmonic elements still shine throughout their latest track, “Mega” is a definite step away from their straight trance vibes and integrates various elements geared towards the big room sound. With whispers of a tour in the works and massive momentum building with this release, the highly-regarded Finnish duo are looking to re-establish themselves as modern day giants within the electronic music world.

Whether it’s a party for 300 people or playing to a crowd of 40,000, Super8 & Tab were born to DJ. “We want to keep doing this until we retire,” says Tab. “Although I don’t know if you can retire from this job,” says Super8. “Maybe we’ll give it up when we lose our hearing. We’ve found what we want to do and we never want to let go.” In the meantime Super8 & Tab have plenty of new tracks and remixes in the pipeline, and while they believe in challenging themselves and finding new ways to do ‘Super8 & Tab’, they know their fans have come to expect a certain standard from them – and that’s something they’ll always honour.