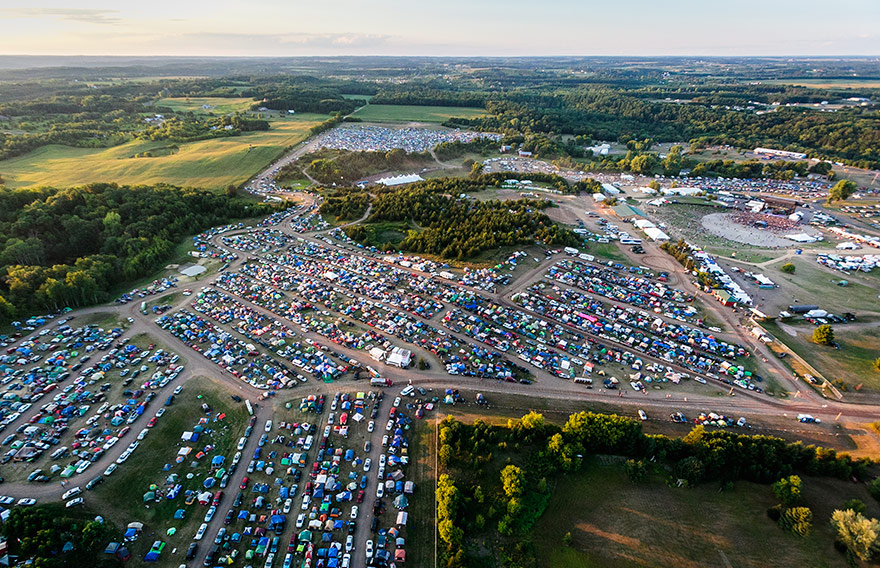 Summer Set which is still a fairly new festival takes place in Somerset Wi, just around 40 minutes from Minneapolis. As expected it was a remembered weekend filled with great music, best friends, and the occasional firework. From big and familiar headliners such as Bassnectar to the new faces like The Weeknd, everyone had something to be excited about. With a lineup stacked from a variety of musical genres new and classic music was one thing no one could complain about. No festival goes without its problems however and it seems that while it is a newer festival that might be one of its biggest drawbacks.

As usual the security and police presence was in full force at this supposed place of rest and relaxation. Many people complain about the heavy threat of authority. I for one find it definitely noticeable and not something I particularly enjoy, however you have to understand the situation. No one enjoys being what feels like surrounded by the police and security, but one thing everyone can find solace in is the fact that they and or their friends aren’t dead from one of many reasons. I know everyone is short sided and when they pay hundreds if not thousands of dollars depending how much of a good time they were trying to have, want to be free to express themselves. I for one think we all need to take a look at the big picture. Everyone goes to have a good time, however not everyone has a great sense of self control. Sometimes even our best friends can’t keep that one person we know from partying too hard and possibly getting arrested. That’s what the police and security are there for, not too ruin your good time, and instead make sure you don’t ruin someone else’s time or possibly yours and someone else’s lives.

One thing that I can that I can voice my displeasure with was the way the weather situation was handled. Speaking as someone from Wisconsin, don’t like the weather, just wait ten minutes. It sounds like a funny joke, but has sound reasoning behind it. Point blank the weather is bipolar and rarely is predictable. Now I am well aware of what the forecast was for the day and night. On the other hand I first handedly know how the weather was in person. Yes it was raining and looked like a possible storm might happen. However I didn’t see lightning or hear thunder one iota. As for the possibility that the officials in charge were genuinely concerned for our well being than the fact that the rain and weather after we were readmitted was far worse than before kind of makes that point invalid. Going back to the police topic, though, I feel like they handled the weather situation as best they could. You can’t make everyone happy all the time but I had a great time at Summerset and have little to no bad things to say about this evolving fest.