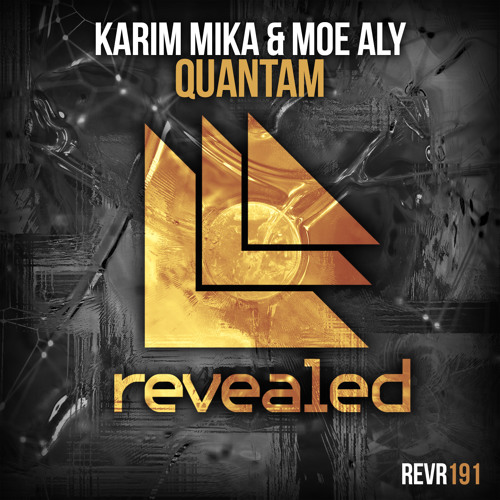 On August 28th Karim Mika and Moe Aly will be coming out with their new single ‘Quantam’. In 2014 Karim Mika released the colossal ‘Oh Shit’ to the EDM scene, a fiery slice of electro house that gained the attention of some of the biggest names in the genre. After this successful year that he had, the Egypt born producer now returns, teaming up with his fellow countryman Moe Aly on the magnificent ‘Quantam’ to build on his unique sound and to show that he is one of the hottest names to watch in 2015. ‘Quantam’ has already got a lot of attention with its inclusion on Hardwell’s ‘Revealed Compilation volume 6’. Retaining the distinctive, bass driven sound that gained him the support of David Guetta, Calvin Harris, Tiësto and Afrojack, Karim has delivered a funk flavored, anthemic track full of pummelling rhythms, shocking beats and a flawless orchestrated breakdown incorporating an automated vocal section. Mika and Moe Aly tie this elaborate combination together with a powerful drop that will have main stages worldwide shaking and leave crowds electrified. It is also an wide ranging, groovy, electro house odyssey that draws influence from Hardwell and French house alike. A titanic and original take on the electro house genre, ‘Quantam’ signals the beginning of a gigantic rise for both Mika and Aly.