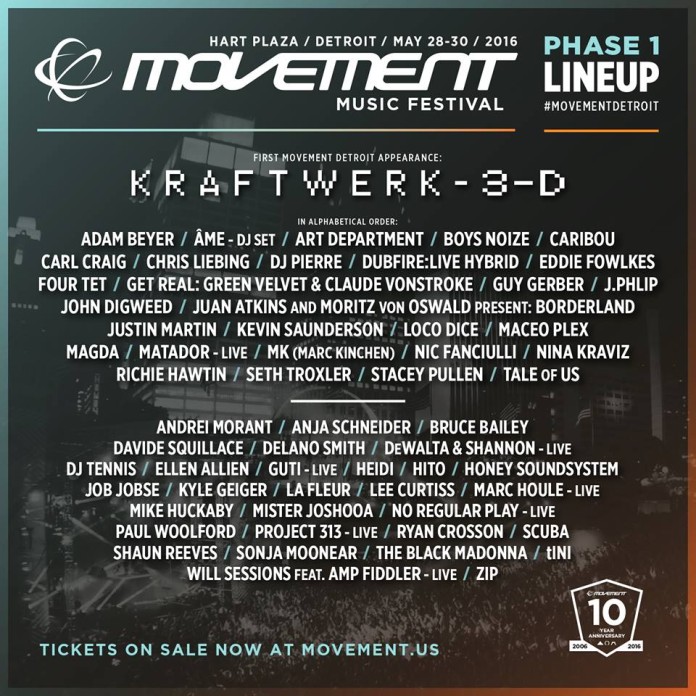 Movement Electronic Music Festival released phase 1 of its 2016 lineup, and they have outdone themselves. 2016 marks 10 years since they relaunched under Paxahau Events and Movement did not disappoint for their anniversary.

The lineup includes multiple styles of music for a full electronic experience. Almost 100 artists will perform across five stages for 36 hours of blood pumping fun.

Caribou, Dubfire, Tale of Us and Richie Hawtin are just of few of many top artists that will be performing with even more to be announced. Kraftwerk will be making their first appearance at Movement and are starting out strong with a much talked about 3-D show.