Madison Mars is an EDM DJ from Estonia that is an up and coming artist on the scene. He was discovered by Don Diablo and asked to join Diablo’s record label, Hexagon. Now he has 35 million listens to his songs on Spotify and over one million monthly listeners.

In 2016, Madison Mars released his first EP, “Ready Or Not.” Two songs off the EP (“Ready Or Not” and “Doppler”) became widely popular in the EDM scene and combined have over 9 million listens on Spotify. The two tracks put Mars on the EDM map and assisted him in growing an EDM following.

Mars’ song, “Ready Or Not,” was an instant hit off his EP for a number of reasons. First off, this song has an astounding futuristic beat that almost hypnotizes you into playing the song over again and again. Also, the vocals in the song are beautiful, but still have an outstanding futuristic sound that blends smoothly with the background beat of the song. The bass drop on this song is hype and will get you pumped up for anything going on in your life. Overall, it’s an EDM song that flies under the radar but is one that us an outright banger! You will have “Ready Or Not” on replay again and again. 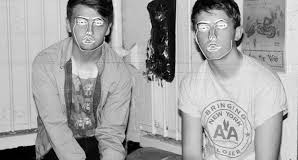