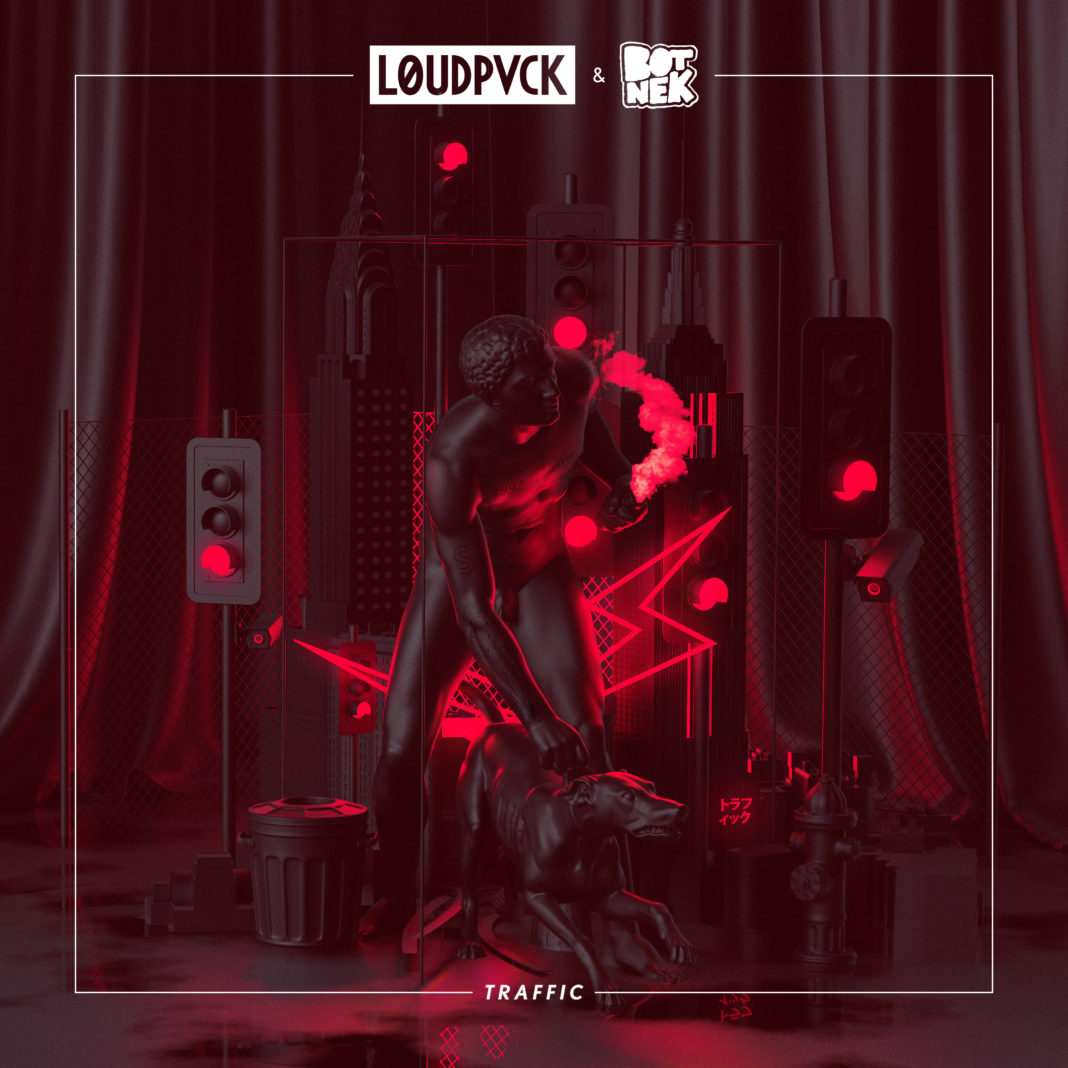 After dipping into pop territory last month with single “More Than I Can Take” feat. Karra & Rickyxsan, LOUDPVCK team up with Canadian duo Botnek to release “Traffic,” out now. The song is the spiritual successor to last year’s “Click Clack” tune alongside NGHTMRE in that it also features a stomach-churning drop that feels like a hardstyle track transcribed for LRAD. The song perfectly melds the hip-hop oriented sensibilities of LOUDPVCK with Botnek’s electro roots. It’s sure to be heard in DJ sets all across North America this festival season.

Hailing from the quiet Canadian province of Nova Scotia, Botnek is a sassy & fun-loving DJ/production duo. United by their love of beer and music, Gordon & Erick have been inseparable since first meeting by chance at a party in 2010. Since then, they’ve released dozens of songs, flown on a billion flights and drank a trillion brews. If you’ve never heard a Botnek song before, think about a sexy groove and some saucy synths, and you’ll know what to expect. Botnek is coming to a stage near you this year so expect plenty of sass, burps & ringing ear drums.

When it comes to good music, Kenny Beats and Ryan Marks know how to bring it. Together, the NYC hip-hop producer and LA electronic producer make up LOUDPVCK, a dynamic, genre-mixing duo that refuses to be bound to just one category of music. Kenny got his start in the music business by producing rap artists such as Ab Soul, Schoolboy Q, and Smoke DZA, while Ryan was out on the West Coast producing and DJing electronic music. They’ve collaborated on countless tracks and energetic remixes. LOUDPVCK has worked with everyone from Zed’s Dead, NGHTMRE, and Carnage to rapper Key!, 12th Planet and more. They continue to mix things up on the music charts with individual projects and outside collaborations. The distinctive sound the duo makes is a direct combination of both their influences, with beats in almost every sub-genre of EDM mixed with a hip-hop approach.

Check out their track, “Traffic,” and tweet us if you love it:

You can follow LOUDPVCK on his social links below:

You can follow Botnek on his social links below: