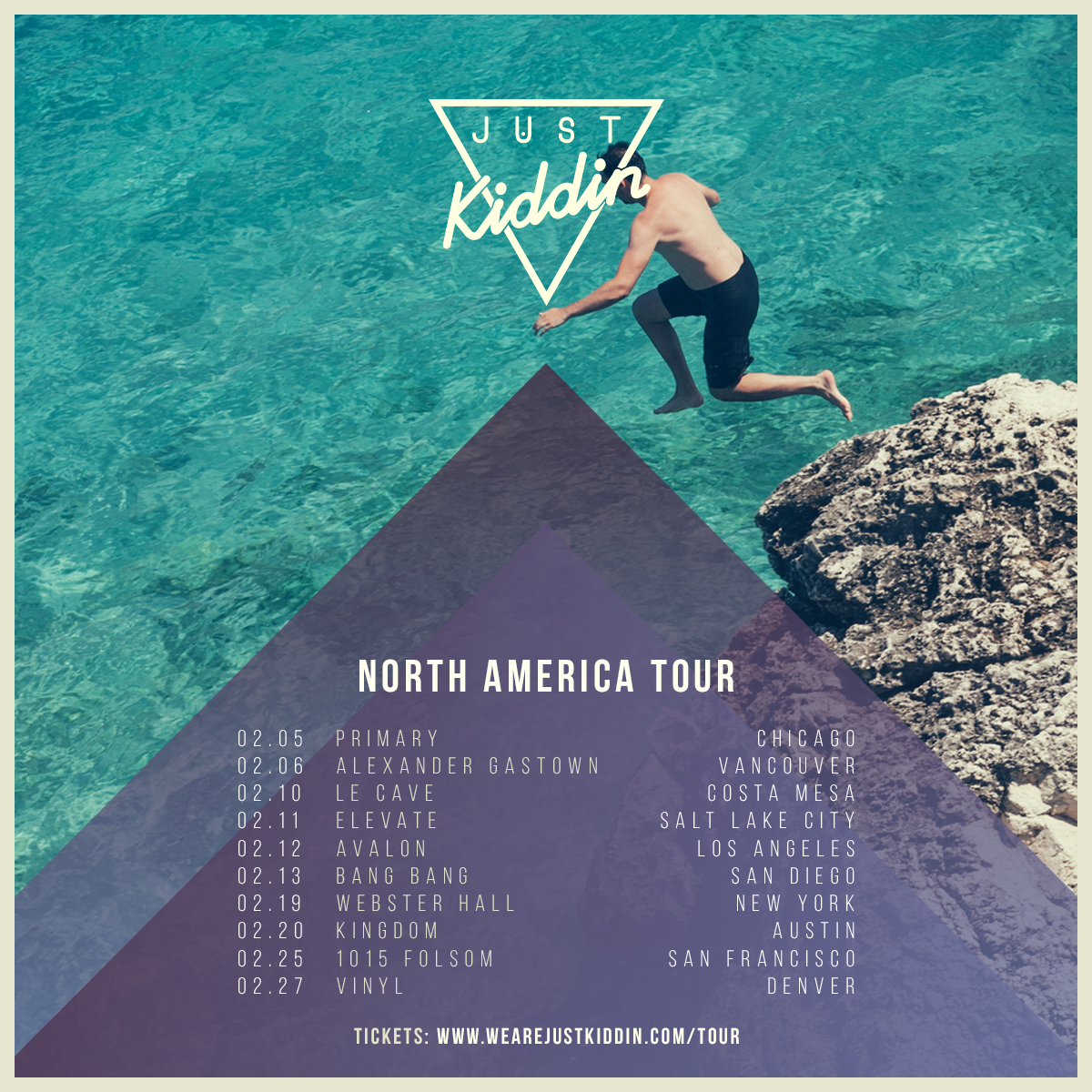 UK-based duo, Just Kiddin, return back to the states for the start of their brand new tour. Premiering in the Windy City, happy-house vibes will be heard from Primary Nightclub until four in the morning.

With Chicago as their first stop on Feb. 5, they are giving away a free edit they created from The Weeknd‘s track, “Tell Your Friends.” This download will be available while the tour is in progress, so snag right now from here! The tour consists of nine stops, and it ends when they reach Denver, Colo. on Feb. 27.

Take a listen to their brand new edit. It is groovy, and the percussion is on point!

Just Kiddin kicked in 2016 with a bang, after their release of “Only For You,” which hit HypeMachine on #2. Along with thousands of views on their YouTube and Soundcloud, the UK duo’s return to North America to show what they have been up to in the studio.

You can purchase tickets here!