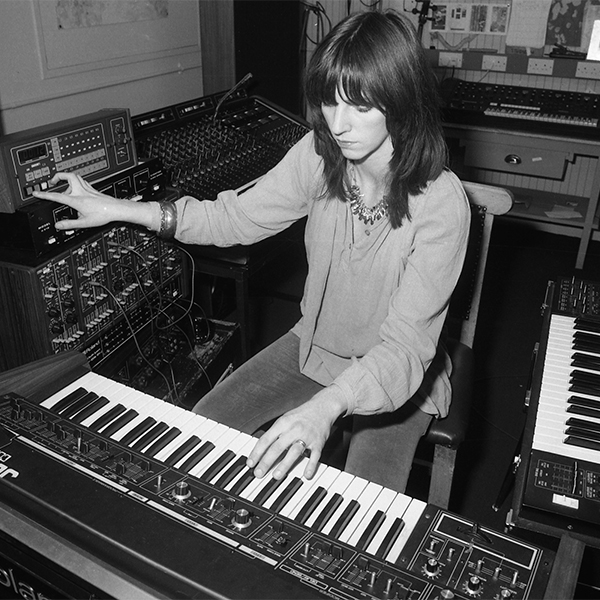 Throughout the ages, ever since the very first recordings of human history – an insidious confidentiality has remained; a sickening bias that we all know as the phrase: ‘history is written by the victors.’ Despite this seemingly common knowledge, the extent to this truth delves much deeper than modern society may have us believe – so very cleverly disguised beneath layers of manipulative objectivity: in a historical sense, we see the ‘victors’ as those who have liberated, who have won wars. However the definition of victory has evolved beyond physical warfare – the grossly overlooked truths bleeding not only into textbooks, schools and our own worldviews – but into the history of the arts, the history of culture. Without knowing, our society lives in ignorance as the very pioneers of art, of literature and musical development are erased – as only the most privileged are now, the victors.

In examination of the history of the arts, it’s evidently overwhelmed with the accomplishments of white, straight men – leaving those who do not fit the category of these ‘victors’, forgotten and left in the dark. In the very early days of electronic music, the names of the incredible women who created and left undeniable marks in the industry have been lost: and need to brought again to the forefront, their astounding accomplishments celebrated as without these female pioneers, the solid foundation in which electronic music has grown would have never been built in the first place.

Here are five outstanding female pioneers of the electronic world (in no particular order) whose names have been caught up in the bias of recorded history:

Born in 1924, the engrossing story of Danish composer Else Marie Pade is one of paramount rebellion – an incredible strength in the face of adversity, stinging with the spirit of a stallion and creating a world that was previously unknown. One of the first composers in the world to experiment in musique concrète; a technique coined in the 1940’s in which artists would construct, build and string together recorded sounds to create compositions – this not only made Else a pioneer in the development of electronic music, but combined with her exceptional spirit should have made her a household name. As a teenager, Else joined an all-female Danish resistance movement, which led to her brutal capture by the Gestapo in 1944: a year before the end of WWII. Else found herself a prisoner of war and was sent to a camp. With her incredible strength and independence, Else made an oath to herself that if she were to make it out of the camp alive, she would dedicate her life to making music. Luckily this came to be, and for most of her professional career she spent her time as a producer for Danish Radio, finding collaborators who joined her on her traverse throughout the electronic world in which she eventually dedicated herself to full time.

English composer Delia Derbyshire, even if in minimal doses: is probably most well-known not only for her incredible talent and work with the BBC Radiophonic Workshop in the 60’s: but for pioneering the very first electronic arrangement for the ever evolving and famously adored science-fiction series Doctor Who: aside from being the first theme music for television re-worked and subsequently created entirely through electronic sound, her arrangement went on to be the series official theme song for seventeen whole years. Accreditation for the (BBC Radiophonic) Workshops’ composers were forced by the BBC Bureaucracy to remain anonymous (aside from Delia’s male collaborator Ron Granier, who’s original ideas for Doctor Who were reworked and translated by Delia into an electronic score: yet due to BBC’s past policy, still credit Granier as the sole composer) – and so Delia’s work remained uncredited on screen right up until the Doctor Who 50th anniversary special. Despite initially being rejected in the male dominated space, like many of the other female pioneers on this list, Delia did not give up – it was when she finally gained access as a trainee within the Radiophonic Workshop was where she found her niche: and discovered her talent and ability to experiment with a plethora of sound which led to compositions such as her original electronic Doctor Who arrangement. Rule-breaking by nature, Delia experimented with electronics by quite literally speeding up and slowing down tape recordings manually, even cutting and gluing together strings of tape piece by piece in order to create new, unknown sounds. She has been praised by some as ‘the unsung heroine of British electronic music.’

The accomplishments of Laurie Spiegel are difficult to condense into words; Laurie’s groundbreaking work with technology and computers led to her increased use of algorithmic patterns and formulas, eventually allowing the American composer to build her own music production software from scratch; an ‘intelligent instrument’ titled Music Mouse, the program has allowed users to create compositions using her breakthrough combinations of technology and musical ability. Most notably, Laurie’s musical realisation of 17th century astronomer Johannes Keplers’ ‘Harmonices Mundi’ was chosen as the opening track on the ‘Sounds of Earth’ golden record, sent into space on the Voyager spacecraft in 1977. ‘Sounds of Earth’ is best known as the carefully chosen collection of sounds, if ever stumbled across by extraterrestrial intelligent life – would present the diversity of human culture, the ways in which the human race lives, creates and exists on earth. As the opening track, Laurie’s composition could very literally be the first introduction of human music to extraterrestrial life forms; if they exist, of course, and are able to perceive such a foreign language. Laurie’s contributions to the world of electronic music and technology cannot be contained within this paragraph – as of 2018, she has been awarded a Foundation for Contemporary Arts, Grants to Artists award for the amazing work she has done throughout the years.

Breaking away from the norm – Bebe Barron worked as a prominent composer in the early avant-garde scene, working in tandem with her husband Louis as they spearheaded experimental electronic music: creating the first American composed, ‘electronic music for magnetic tape’ – painstakingly strung together in a similar technique to Delia Derbyshire, in which the tapes had to be cut up, rearranged, pasted and laboriously composed with analogue patience. As the couple delved further into the possibilities of the sounds they could create: with that same patience and enthusiasm after their experience with the magnetic tape, they began to record everything – in fear of losing each individual aspect that, at the time was unable to be recreated. As time grew, Louis Barron ended up spending the majority of his time building electronic circuits which were used to create and manipulate sound – whereas Bebe herself took to composing. She spent hours sorting through tapes and manually creating sounds unlike anything the world had ever heard. After straying from the avant-garde scene, experimenting and collaborating in the film community – Bebe and her husband turned their sights toward more commercial avenues. Most notably credited with the creation of the very first electronic score ever composed for a commercial film: the Barron’s created surreal extraterrestrial soundscapes, Bebe fronting composition while Louis continued to build – and ended up with the striking score for the science-fiction breakthrough film Forbidden Planet – directed by Fred M. Wilcox and released in 1956.

Probably the most well-known name on this list, yet still overlooked and left under the radar –  the groundbreaking British composer Daphne Oram has been one of the most influential womxn in shaping electronic music as we know it. In the 1940’s Daphne took up a position as a Junior Studio Engineer at the BBC – in which she was exposed to a whole new world of music, regarding the use of synthetic sound and the possibilities within its development. Often spending hours late into the night, Daphne would spend much of her time experimenting with tape recorders, and the ways in which she could physically manipulate them in order to create an array of previously unknown techniques and sounds (like other womxn mentioned on the list, she would record, cut, splice, loop and experiment with tempo all at once.) Her orchestral composition ‘Still Point’ is said to be a breakthrough in the manipulation of electronic sound in real time. This composition was rejected by the BBC and remained unheard for a whopping 70 years, until it was performed by the London Contemporary Orchestra in 2016. Daphne was responsible as a co-founder for the breakthrough BBC Radiophonic Workshop along with fellow musician Desmond Briscoe as the demand for synthetic, electronic sound grew more popular. With the realisation that the BBC were not interested in bringing electronic music to the forefront of their priorities, she left and decided to pursue her own techniques – which resulted in the creation of the surreal innovation of her Oramics machine. The Oramics technique involved physically drawing and etching shapes into 35mm film, which were then translated from the photo-electric cells and transformed into sound by the machine. In this way, Daphne Oram created a technique in which every nuanced sound could be tweaked to it’s very core, allowing the user to physically draw what they wanted to hear – a revolutionary technique in music creation and production.

The amount of female innovators, creators, artists and writers whose names have been almost erased – if not completely – from history is staggering. The further we explore the information obscured by history’s ‘victors’ – the more control we have to rewrite history as we know it: bringing to the forefront the revolutionaries whose names should be engraved in our collective consciousness – to give recognition, credit and admiration to all those who have been overshadowed and oppressed for centuries. This article is but the tip of the iceberg, and I implore for us to delve into reading, into learning and societal growth: in which everyone is recognised and celebrated equally for their achievements that have and will forever change human history.