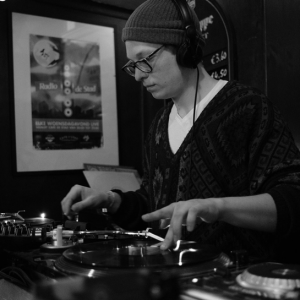 Nicolas van Dedem, better known as BALU, is a Utrecht based vinyl collector/selector from Frankfurt am Main that turned to DJing through his endless love for music and the sonic experience it can bring to our lives. “For me music is an emotional life companion and has steered me in various ways. Music helped me to overcome anxieties and misconceptions about life and show me the real meaning of beauty in its purest form.”
BALU comes from the analogue music world and plays guitar, piano, drums & percussions and only briefly immersed himself with digital djing for about two years to quickly turn back to analogue with his vinyl records. Since five years now he has been actively collecting vinyl and his collection is growing everyday with genres ranging from jazz influenced hip hop to acid techno. Also micro-house and the minimalistic genres have coined an interest and are often mixed with dub techno and break-beat cuts that definitely stand out in his oeuvre.
Moreover, he is often booked for his funky disco-house sets in and around Utrecht, Netherlands, where he started organizing events for Artefax Movement.

We came across a few sets of BALU on Soundcloud and did not hesitate to contact him for an interview.

To those not familiar with you, how would you describe your sound?
Minimal/ Deephouse with a pinch of Techhouse

How did it all start for you?
It started out in Frankfurt am Main where I fell in love with electronic dance music, the clubs and the dancing. I come from instrumental background playing drums, guitar and piano and the djing only came much later. Release of emotion was the key factor that triggered me to turn to the dj decks. Seeing people enjoy music with a sense of togetherness and harmony was eye opening and drives me to play music and make music to this day.

Are there any key pieces of equipment that you can’t live without?
My turntables, vinyl, my TR8 drum machine

What are some of your key influences in your music? Whether it be the sound created by others, imagery, films or any kind of art form.
Funny enough the genre psytrance helped me understand soundscapes and synthesizer sound to a much deeper level and it helped me realize that through dancing, people can spiritually elevate and reach a meditative state. How music steers people emotionally is just astounding.

So you prefer DJing with Vinyls rather than digital. What motivates you to work with physical mediums? Are there certain times you favour doing digital sets?
I considered myself a vinyl-only dj for a while now and I absolutely love the warmth of the sound, however playing unknown territories and clubs as a dj sometimes requires you to play around with genres to find that sweet spot for the crowd to tune in. Using a big catalogue of mp3 tracks on a usb stick is very useful for that. To add to this, cdj’s are just stable and safe to use for me. (No needle skips etc.) often with vinyl only sets I want to play certain records in the moment but forgot to pack them in the bag. With cdj’s you probably won’t have that problem.

What is one sub-genre you think doesn’t get the attention it deserves?
Minimal is on the up again but did have a few years of silence. I am glad I am part of this wave again as the scene is full of good-willing kind hearted people that do it for the love of the music.

Any new or upcoming artists on your radar?
Pascal Benjamin is my hot tip. Coming from Netherlands he has great potential and I love his sound.

What single night out has been the most memorable for you? As a DJ? As an attendee?
Most memorable performance was a rave that I played in Belgium. It was an abandoned coal mine where the organizers dug an alternative entrance on the side. The most memorable night as a raver was probably Club Guy & Roni with Slagwerk Den Haag at the old Paradigm club in Groningen. It was a dance show on electronic music played live by Slagwerk Den Haag.

What is your favorite venue of all times?
Robert Johnson, Offenbach hands down. Then Club der Visionäre in Berlin. De School in Amsterdam should be noted here too. And probably a few more. There is just a ton of great clubs right now.

What can we expect from you in the near future? Any upcoming projects or gigs in the pipeline that you would like to tell us about?
1st June I am closing off a warehouse party in Groningen for my dear friends from the Cave. And i ll play at a demonstration 9th in Utrecht. Then I am taking it easy with gigs for a while and work on my productions throughout the summer. 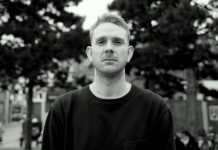 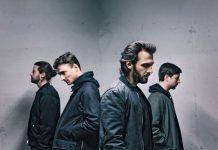 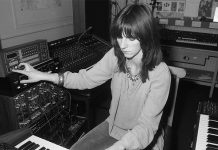 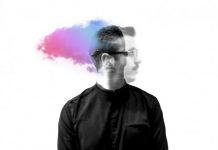 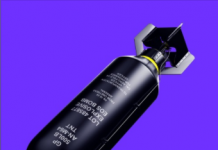