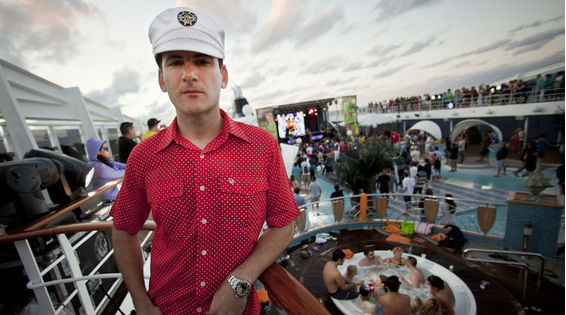 Gary Richards, the founder of HARD Summer, jumped on the bandwagon with artists such as Diplo, Bassnectar, and Zedd when he did a recent interview with SPIN.

In the interview he discusses his beliefs that “EDM is Pop shi*t” (very similar to a recent statement made by Bassnectar), and talked about how artists now-a-days aren’t even performing correctly. “I’ve been to other festivals where they [DJs] try to do what I do, and they don’t know how to program it right.”

He goes on to say “Everyone just goes to see Calvin [Harris], and you’re over in the cool room playing to like 12 people, like, why the f*ck did I fly ten hours to be here?”

However, what really sums up the point that Gary is trying to convey is when he says “People  are figuring out that the stuff [music] at the bottom is really dope, and it doesn’t need to just be that biggest name for them to like it.” implying that when people look beyond the big names in the industry, there is great music to be discovered.

In a genre that is quickly being taken over by quantity rather than quality, do you agree with Gary and the artists who have made similar statements?