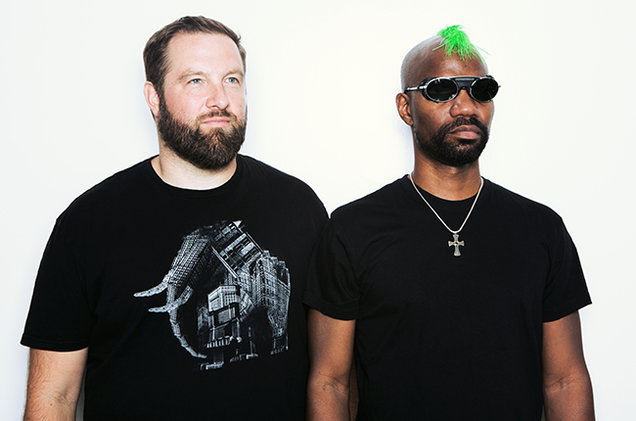 New Years Eve is coming up, and there are so many events to choose from. However, Decadence Colorado is emerging from all the NYE festivals, with its spectacular lineup and venue. If you have not already seen, the lineup has been released (link to our other article)

Many known producers are on this year’s lineup, including Armin Van Buuren, Bassnectar, Zedd and more. Even though you might have seen all these big names already, there are many other good artists that you might have never heard of before.

The term underrated is “relative.” Based on someone’s likes, one could argue that they are not. However, based on DJ Mag Top 10s, these artists have not hit the top spots yet.

After going through the lineup, it is really hard to find five underrated producers. Most of them are big names in their own field. However, EDM Bangers crew chose five acts that you might not know, and we highly suggest you see them!

The acts are not ranked in any order. This article is a selection of five acts that are considered underrated next to the highly popular acts.

Probably one of the most underground acts in the lineup. Many of you might not know, but Get Real is an artist collaboration between two very big names in tech house: Claude Von Stroke and Green Velvet. The bosses of Dirtybird and Relief Records respectively, have teamed up to bring their combined taste in music, and keep the groove going on the dance floor until the lights come on. If you like house and four-on-the-flour, this will be a set you don’t want to miss. The vibe takes away big synths, huge saw chords and 808 bass. Instead, it brings bangin’ basslines and a groove that no other genre of electronic music can emulate. Check out their “Get Real EP” on Spotify below:

If you like bass, this is your guy! I first saw Space Jesus live at Electric Forest, and the performance was dope! Heavy bass, down tempo and a rattling floor that had my ear drums shaking. His style kinda reminds me Bassnectar, but he is more grime. There has been quite some hype about him, but nowhere near what he deserves. He is still a small artist compared to the rest of the lineup, so my guess is he will have an early time slot. Arrive at the festival when the doors open, and don’t lose your chance to see Space Jesus live in Colorado this NYE!

Known for his unique style of mixing, Mark Farina blends Jazz, Downtempo and House music, bringing a unique live experience in front of your eyes. The pioneer of Mushroom Jazz, a mix series compilation, he brings his taste and mixing abilities to the table. Hailing from Chicago, Farina worked with fellow innovator, Derrick Carter, which led them to their impressive residency at one of Chicago’s most legendary venues, Smart Bar. Take a listen to his mixing style and get prepared to get grooved.

Even though Morgan Page is not a small artist, he still is in this compilation. Many people would rather go see a set full of bangers and 30 second drops, over seeing one of the true masters of the art. The Grammy-nominated prodigy has worked on a lot of collaborations, including one of my favorites, “The Longest Road,” with Angela McCluskey. His podcast, “In The Air,” has aired over 300 episodes on Sirius Xm. Page has also performed on all the large scale EDM festivals, such as Ultra Music Festival, Electric Zoo and Electric Daisy Carnival. Check out his tracks and podcast below.

One of the up-and-coming live bands, Autograf has solidified their presence in electronic music bubble. With their release of “Dream” and their “Future Soup EP,” they developed their style and live performance to what it is now; a marvelous collection of live sound and good vibes. Part of them coming from Chicago, they have played many shows in the Midwest, including North Coast Music Festival. If you are looking for some new music to broaden your horizons, this is it!

If you are already attending Decadence NYE in Colorado, do not miss any of these acts! Go see someone new, and broaden your horizons! The full lineup is out here, and you can purchase tickets from this link.

Afterparties will be announced soon, so grab your tickets now!

You can follow Decadence NYE Colorado on their social links below:

How to Pick Your First EDM Festival?