DJ E-V is an EDM DJ from Cleveland, Ohio. He is well known in Ohio, but is still relatively under the radar in the EDM scene. He is also hybrid DJ, so he mixes rap and EDM together, which is a very unique style of live performance. Also, he has won Cleveland Scene Magazine’s Award, “Best DJ”‘ four times.

E-V had an amazing collaboration in 2014 with the famous Cleveland rapper, Machine Gun Kelly, and female vocalist, Lorine Chia. The single was titled, “Goodtime,” and has over two million plays on Spotify. The song still has flew under the radar of the EDM scene somehow. It has a great background beat that flows well with the vocals of the song. The drop is hype and definitely makes you want to get out of your seat and start dancing. The short rap verse by Machine Gun Kelly, adds even more hype to the song and makes it an absolute banger. This is one single that has been overlooked that everyone needs to listen to. 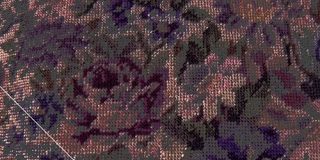