Electric Forest Music Festival has introduced a 2nd weekend of music for the first time since its inception in 2011.

Headlined once again by The String Cheese Incident, the conceivers of this musical festival mecca, the 2017 Electric Forest lineup announcement brings a wave of positive energy that may only be surpassed by the performances themselves.

Weekend one unleashes a cool mixture of jam electronica, rock and rage; three genres that have undoubtedly become an epitomizing signature of the fest. ODESZA, My Morning Jacket, Above & Beyond are all included in this groovy mix of artists as well as Tycho, NERO (Live), Oliver Heldens, Breaking Biscuits and Maya Jane Coles.

Weekend two gets heavy with Bassnectar, Dillon Francis, Big Gigantic , Lotus, Claude VonStroke, The Revivalists, and A-Trak collectively playing for the 2nd weekend in a row while Flume, DJ Snake, RL Grime, Thievery Corporation, Nahko and the Medicine for the People, Hi-Lo and Conspirator make their 2017 debut in Rothbury.

Other rage-friendly artists to look out for will include Big Wild, Ganja White Night, Lettuce, 12th Planet, Opiuo, Break Science, and The Floozies.

Join the herd of foresters by grabbing your weekend passes here. 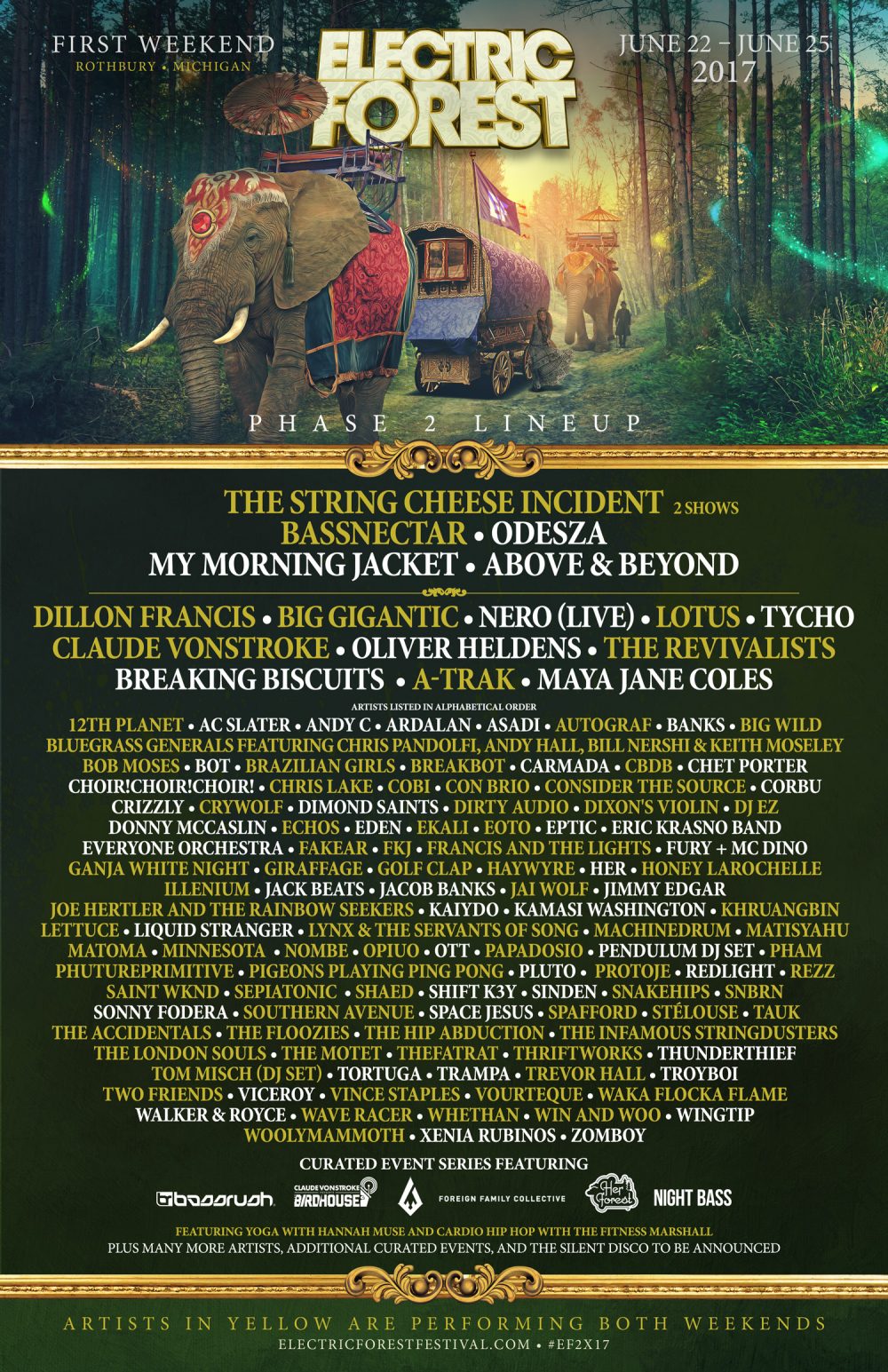 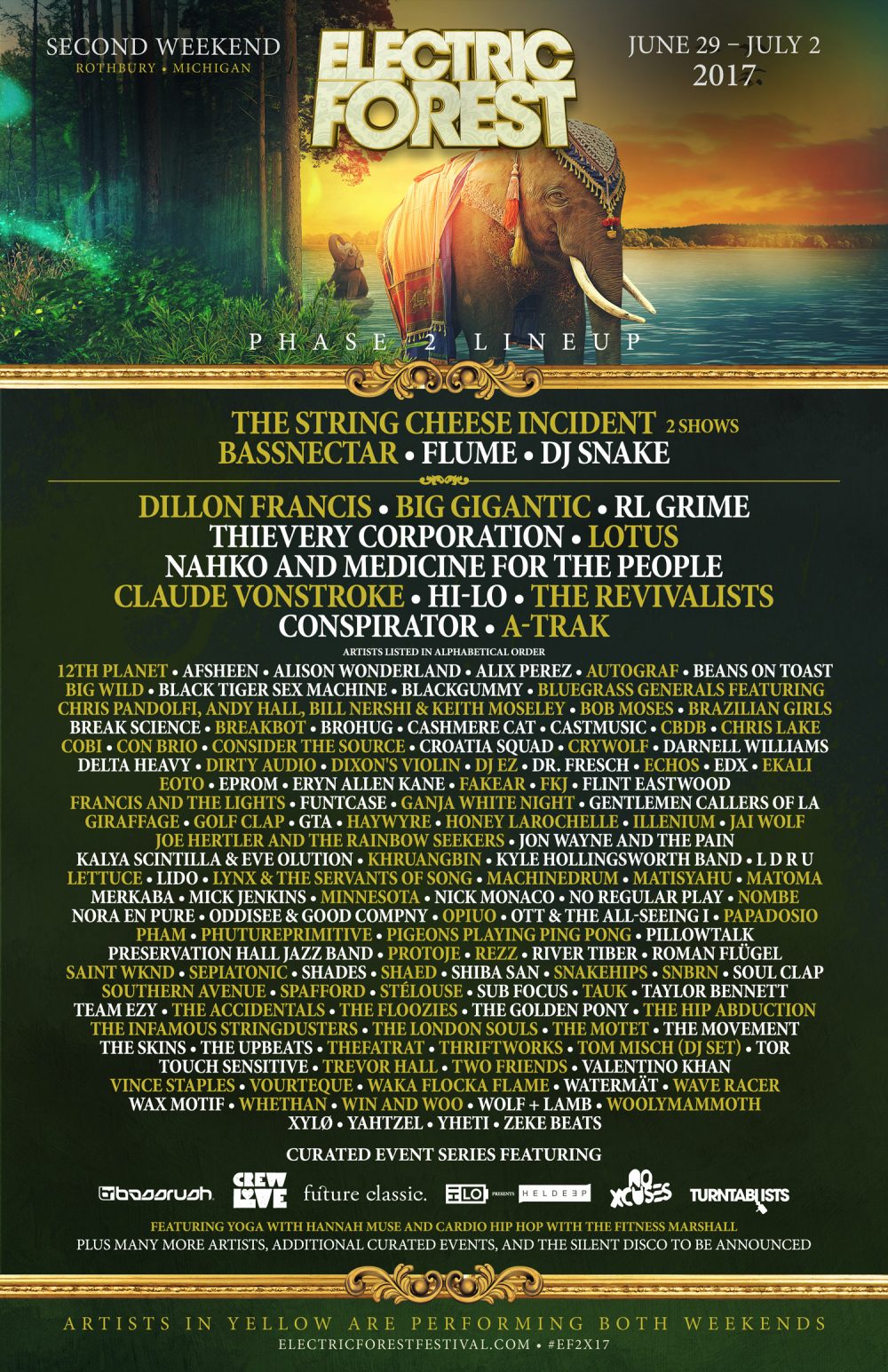 Follow the magic leading up to the two-weekend extravaganza on the Electric social media links below.