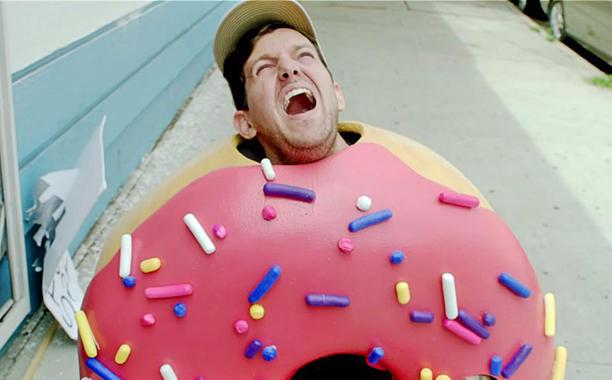 On July 17th, Dillon, or shall I say Donut, Francis released what started as music video, but ended up being a near fifteen minute in length short film for his song I Can’t Take It. The video, titled Exit Through The Donut Hole, brings attention to donut terror, released just in time of Donut Awareness week.

The video surrounds the rivalry of Donut Francis and his healthy-food costar Broccoli, but supplies the happy ending we all wanted when the duo worked together to take out the donut eating police and get the Taco Girl. All ends well except for the terror that is still very much alive for the sugary donuts of the world.

Though Donut Awareness Week doesn’t last forever, you can still show your support all year round. Learn more here.

Will you take a stand?