Dochness is back with a second installment of his mixtape series. Titled “The Ancient Dreamers,” the mix is full of grimey dubstep, vocal drops and his own sound of doch-step.

Combining his roots into one entity, Dochness bends all genres to create a mix that combines his sound and taste in music.

After creating for over 30 years, his combined artistic energy has established his sound in the South Side of Chicago.

After his latest refix release, this mix is here to establish his choice of sound to the masses.

Take a listen to his new mix, “The Ancient Dreamers:”

We also had the chance to speak with Dochness about his production and artist background. Check out the exclusive interview:

How did you come up with the name? Where does Dochness originated from?

“It took a while to find my identity in music. I knew I wanted more of a symbol rather than a persona, because a symbol, executed correctly, is unbounded by the limitations of language or even time. The symbol came out of nowhere one day, while I was driving so I scribbled a crude version of it down on my leg with a sharpie I had in the cup holder. I had no idea it would end up progressing into what it has. Dochness is a perfect symbol of the music’s potential to me. Dubstep, before you understand it, is like this strange loud, deep monster. Once you get to know it it’s still all those qualities, but you get to see the beauty, complexity and magic of it all. Heavy sounds have been bringing humans together forever; making us more aware.”

Your sound is dirty, grimey and bass heavy. What influences made you go towards that direction for Dochness?

“I stumbled upon a dubstep mix in 2009 on the internet, featuring a bunch of tracks of what was underground at the time (Borgore, Caspa, Rusko…) and up until then, I had never really listened to electronic music at all. I was very much into bass. I was instantly captivated. It ended up sparking somewhat of a revolution in all aspects of my life in all the best ways. It forced me to see how much I was missing by being boring and not exploring new genres.”

Is there some go-to plugin/outboard gear you use in the studio? What is it and how do you use it in your workflow?

“My work flow varies. Most sessions are sparked by a sound I hear in a movie or a tv show. I actually use a lot of stock Fl Studio plugins in magical ways i’ve learned from the internet. I feel like as long as you apply some amount of sound musical structure as the backbone
of your song, you can get away with some pretty extreme soundscapes and still accomplish a level of beauty. Other than Serum and Massive, one plugin I have recently fell in love with is definitely Fab Filter Saturn; a multi-band distortion filter. I simply love it.”

You come from a street art background. What made you delve into music?

“Street art and painting in general was my life’s big journey. Music was the muse during that whole time. It’s always been divine to me on a deep level. As I started to find success and stability within the art world, I realized that a deep part of me really wanted to explore the music I loved so much. As a birthday present to myself one year, I bought fl studio and decided to start dabbling. At first, it was the most discouraging experience of my life.”

Are there any producers that influenced your sound? If so, who are they and what genre of music do they produce?

“Specifically SolarFive, a hiphop producer, rapper and sound engineer from here in Chicago, as well as one of my best friends; a brother really. It was definitely a privilege having him; a pro on call for advice when starting to learn music production with no true musical knowledge. Also I’d have to say Digital Mystikz from the UK. Specifically Sgt. Pokes, Loefah, and Mala. That low rumble, clean compressed, heavily swung LFO sound that they embodied/pioneered is what made me want to first try making music. I remember thinking if I ever made music that bass heavy and sexy, that I’d never leave the house again.”

Can you tell us about how you get inspired to make songs? What is your creative process in the studio?

“I can get inspired by almost anything. I never expected to become a producer so it’s like I have this giant vault of songs in my head that I had unknowingly created over the years,  just waiting for me to discover them. Other than those moments of epiphany, I have been working on becoming more familiar and comfortable with creating melodies and developing and understanding chord progressions a bit more. In edm, it may seem unimportant, but I find that with dubstep, having a sound structure musically allows you a little more freedom and range with the wubz and whistles so to speak.”

Are you planning to do a collective release in the future? An EP or LP? Tell us about it.

“I’m dropping something special on March 3rd next year. Thats about all I can say about that lol. There will def be more music between now and then, more installments of encrypted mixtapes, maybe some shows with my label-mate Olektronyx, and definitely more art.”

If you could collaborate with any artist, alive or dead, who would it be? Why?

“Jimi Hendrix mostly, just because hearing dubstep would absolutely blow his mind, and it would be interesting to see where he would take the genre. Or the Isley Brothers. Their sound was literally out of this world. The guitar leads in their songs are still unlike any I have heard. The Isley Brothers are definitely one of the most underrated Rock Bands of all time.”

Tell us about the message you are trying to pass to your listeners? What qualities does Dochness want to influence on listeners with his music?

“The message I’m trying to pass on is as simple or complex as the listener prefers. All the things that make you feel good or strong; loved or loving. Whether you just need your body to move or you need a nudge in the direction of the rabbit hole. This festival culture that we have all co-created is a beautiful and powerful movement. It only seems natural that now we start to really experiment with what can be accomplished, when we focus the energy of this collective social revolution. I hope to ignite and fan the flames of child-like passion within listeners, and make music that stands as a subtle reminder that we do not have to live a life that we only enjoy half of.”

You can follow Dochness on his following social links: 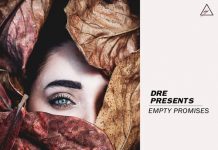 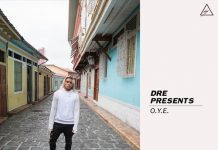 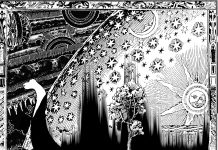 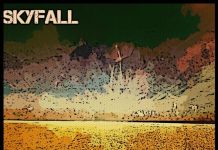 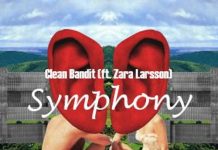 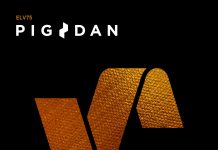