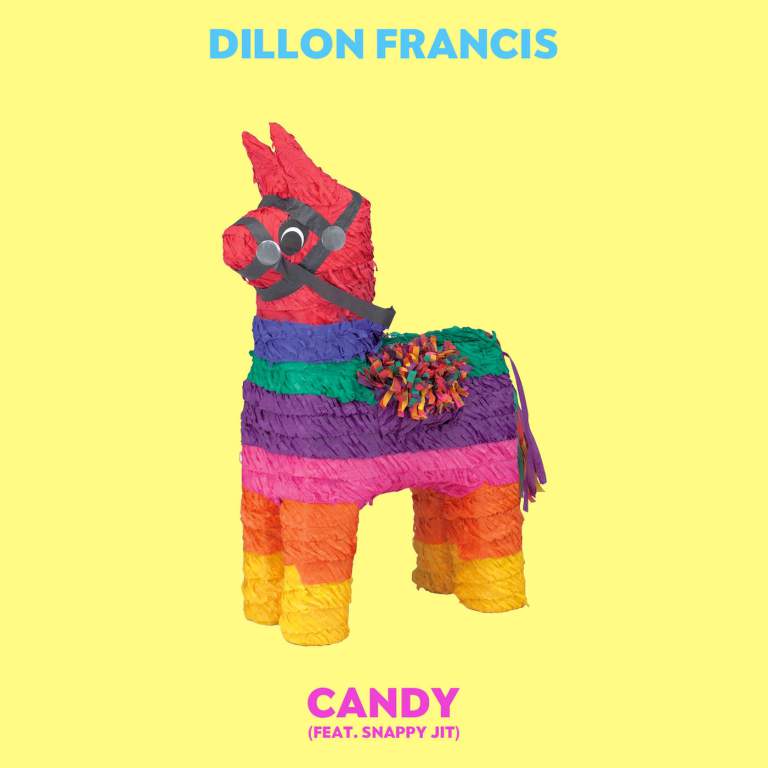 Once again Dillon Francis has made another song that is sure to make every single listener vibe, and twerking to. Released at the end of last month, his new song “Candy” ft. Snappy Jit has EDM listeners and the hardcore Dillon fans totally impressed. This song embodies the similar sound that Dillon usually gears his music to, a blend of trap and moombahton beats, with a catchy hook. But the lyrics “she got a tootsie roll…” said repeatedly makes the song as catchy and fun as it is.

And to add to that, the audio video is one of a kind. If you know anything about Dillon Francis, you know he is more than just a DJ, but an actor of his own kind, snapchatting away his various adventures and mini films. So it’s no surprise that we see his virtually famous pet pinata, Gerald, as the main focus of the video. For Dillon fans, incorporating his own creative humor just makes the single even better.
If this lead single is a sneak peak into what his next upcoming album will be like, then we are in for one hell of an album.