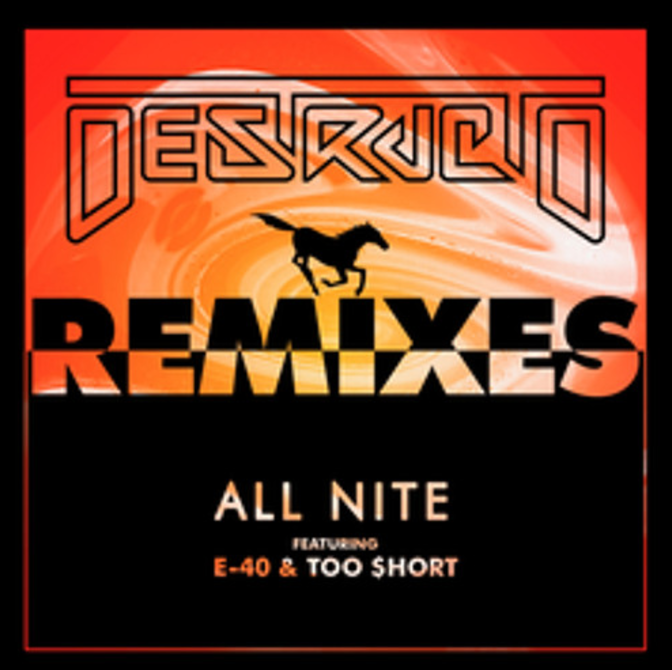 Destructo, better known as the man behind Hard events released his “Renegade Ep” a couple months ago which has massive features including Ty Dolla Sign, ILOVEMAKONNEN, E-40, Too $hort, Pusha T, Freddie Gibbs, Problem and Starrah. With his Ep seeing massive plays and streams across the internet boards, he also just released his remix ep for his song “All Nite” with Too $hort & E-40 which includes remixes from Motez, Getter, Noise Frenzy, Parker, Brohug. The original song with already being a west coast club banger, which is what you expect with the big west coast names laying down the vocals down throughout the track but sticking to Destructo’s house roots. Which i love about Destructo is he brings some street heavy names and throws them on something completely out of the rappers elements and makes it into something different but turns it into a masterpiece.

With his “All Nite” remix ep featuring some big names and some up and coming producers, for me most notably was Getter’s remix. Getter brings his flavor to completely transform this song from a west coast house slapper to a complete bass heavy, head banging track.  Destructo’s smooth house synths are replaced with deep, eerie sounding synths and distorted vocal jabs, grazed with the vocals from E-40 & Too $hort which flows really well. Getter took this song and completely made it his own which is what i think all remixes should be like. Turn up the volume and blow some bass with Getter’ remix below.