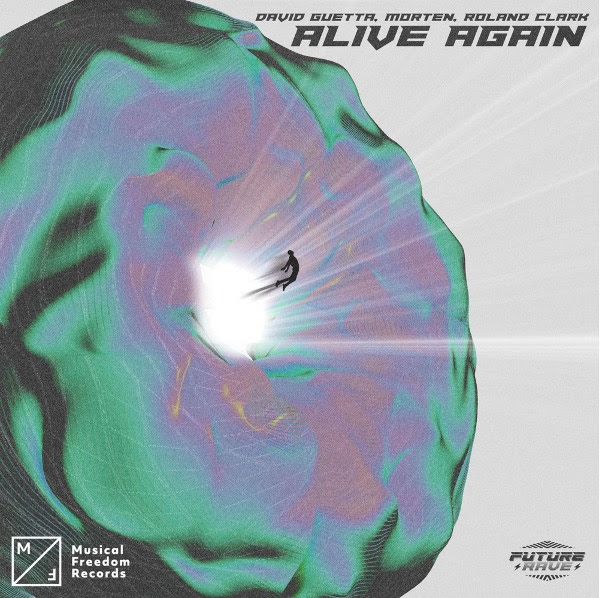 Following up on their 2021 smash ‘Impossible’, superstar DJ/producer David Guetta and Danish phenomenon MORTEN are back with an impressive new trip into future rave heaven. Reworking the recent Jack Back club gem ‘Alive’ with their by now illustrious future rave style, this tune pushes the new age genre to its nexus, building on the already beloved neon-rave sound with a pumped up bass and suspenseful cinematic flare. It’s high voltage festival vibes coming your way, set for release on Tiësto’s very own Musical Freedom.

Jack Back has enabled superstar David Guetta to revert to his roots in progressive house, taking his music deeper with a series of techno and tech house driven club tracks. November saw Jack Back continue his ongoing evolution into the underground, teaming up with Fancy Inc and Roland Clark for ‘Alive Again’, a blazing tech house beat that was expertly garnished with fiery vocals and classic and a rafter-shaking house hook.

Always looking to build on his success, David Guetta now brings in his trusted studio partner, MORTEN, to revamp the record into a fully-fledged festival weapon, further shaping their signature future rave sound along the way.

From their 2019 hit ‘Make It To Heaven’ to 2020’s claim to fame ‘Dreams’ to this year’s rave anthem ‘Impossible’, David Guetta and MORTEN have created one of the modern era’s defining rave sounds. Building on contemporary big room, while adding oldschool rave chords and blazing vocals, the duo has ushered in a new era of electronic dance music vivid, hot and overwhelming in every sense.

David Guetta & MORTEN aren’t only pioneers of future rave, they own it.

“Seeing how much support Future Rave is getting really shows that there is a desire for innovation, and it’s amazing to be able to continue this extraordinary journey with my friend MORTEN. We’ve been doing this for more than a year now and I’m really happy to see that the movement is becoming bigger and bigger everyday,” David Guetta says. “When we started ‘Future Rave’ we knew it would be an ever-evolving sound, that’s why we created it in the first place,” MORTEN adds. “As the sound develops, so does the universe and the culture that go along with it. ‘Alive Again’ is a product of that, it shows that we will keep pushing the boundaries and explore all the opportunities electronic music has to offer.”

‘Alive Again’ serves as a proper followup to 2021’s year-defining single ‘Impossible’, delivering all the elements of a monumental hit—dark, pulsating bass chords, powerful vocals, impeccable yet forward thinking production, and an element of uncertainty that will keep any crowd on its toes.

It’s a wonderful example of how the Jack Back persona further inspires David Guetta to explore the depths of his mainstage sound. If anything, David Guetta & MORTEN’s ‘Alive Again’ makes it clear that future rave is here to stay.

He also has had amazing success with his merchandise collection “BBA”, the most successful merchandise line in Denmark, which has sold out within hours after each collection dropped. He continues to prove his artistry spans even further by having his own resident radio show “Future Friday” with Tomorrowland’s One World Radio.

About David Guetta
Musical trailblazer David Guetta is an international icon. Receiving his 10th GRAMMY nomination this year for ‘Hero’, his collaboration with Afrojack, Guetta has also been voted the world’s best DJ in the coveted DJ Mag ‘Top 100’ poll and the best electronic artist at the MTV Europe Music Awards, both for the second year running, capping off another incredible year for the dance music visionary.

Maintaining an epic level of quality for his live streams during the pandemic and lockdown, he hosted his iconic United At Home series, a number of unforgettable concerts from Paris’ Louvre Museum, the Burj Khalifa in Dubai, the Icon Brickell in Miami, and atop the Rockefeller Center in New York, raising $2 million in donations for numerous charities. With clubs and festivals finally open, Guetta is set to perform at the world’s biggest festivals and events in 2022, performing at Ultra Music Festival in Miami, his residency in Las Vegas, Creamfields festival in the UK, Lollapalooza in France and in his two residencies in Ibiza (Ushuaia and Hi) the whole summer, with many more to be announced.

There was never dull moment on the production front for him during this difficult period either, scoring a global hit with ‘Heartbreak Anthem’ alongside Galantis and Little Mix and other smashes including ‘If You Really Love Me’, ‘Bed’ with Joel Corry, ‘Remember’ with Becky Hill, sending him to #9 most streamed artist on Spotify globally. He also released a remix of the summer hit ‘Love Tonight’ and a 2021 remix of his classic ‘Memories’ after it unexpectedly went viral on Tik Tok. He turned his hand to an official remix of the global Coldplay and BTS smash, ‘My Universe’. More recently he connected with Bebe Rexha, Ty Dolla $ign and A Boogie Wit Da Hoodie on ‘Family’, sounding off 2021 with yet another acclaimed single.

A master creative across genres, Guetta went from strength to strength with his underground-focused Future Rave project alongside Morten. Celebrating 10 years of his massive ‘Titanium’ collaboration with Sia, Guetta released a mind-blowing Future Rave remix, and he is also set to release a new Future Rave anthem ‘Alive Again’ on 3rd December. Additionally he returned to his uncompromising Jack Back alias for ‘I’ve Been Missing You’ with Ferreck Dawn and Guz and ‘Alive’ with Roland Clark and Fancy Inc.

With over 14 billion global streams, 50 million records sold worldwide and two Grammy awards to his name, David Guetta demonstrates time and time again why he is the most cherished electronic artist of our generation.

About Roland Clark
Roland Clark is known as House Music’s Songsmith, Producer, Deejay, and Vocalist, all in one. He was born in New Jersey however hails in New York The city for his musical upbringing. Some of Roland Clark’s early recordings helped to define the underground house scene in NYC in the 90s. Under the alias South Street Player he had a big hit in 1993 with “Who Keeps Changing Your Mind” released on Strictly Rhythm. His latest alter ego Jesus Jackson pegged the 3rd season opening of the show Grey’s Anatomy with his song “Running On Sunshine.” Roland’s voice is often described as wildly erotic, soulful, loving, and deep Roland Clark can be heard on the latest Katy Perry hit Swish Swish out on Universal Music.

His voice penetrates throughout the different realms and sub genres of House Music and his vocal touch is consistent. .” Roland has also made a name for himself with his phenomenal deejaying and production skills. In 2000 he scored a huge hit with “I Get Deep” and had another massive hit in 2003 with “Resist.” His production contributions fuse together many artists’ best works, and he has worked together with other producers such as Todd Terry, Kenny Dope, Mark Knight, Dimitri Vegas & Like Mike, Bob Sinclair, and many others.