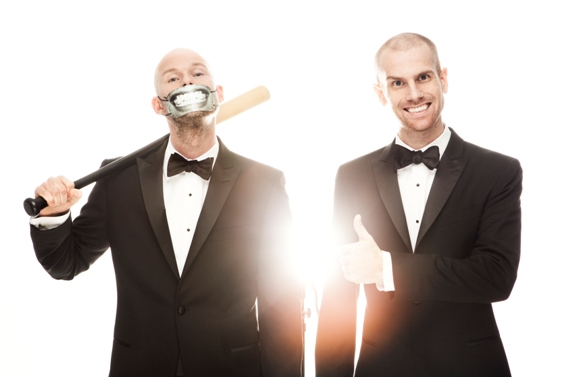 We had the chance to speak with one of the most amazing duos in the industry. Olle Cornéer and Stefan Engblom, better known as Dada Life, are the most bananas producers in dance music. Their groovy version of electro house has brought the “epic motherfucker” multiple times, especially in our hometown of Chicago.

You might have heard of them way back in 2010, with their hit track “Fight Club is Closed (It’s Time For Rock’n’Roll),” which got played everywhere. This banger, released on Spinnin’ Records, was one of my favorite tracks from them back in the day.

However, I feel like “Kick out the Epic MotherFucker” brought Dada Life to widespread popularity in 2012, due to its amazing energy buildup and catchy vocals. The production screams original electro house from the early 2010s and is part of the sound that really got me into the scene. “Kick out the Epic MotherFucker” should be considered one of the classics of electronic music from that decade.

Take a listen to relive the memories:

We were really lucky to get a chance to speak with Dada Life and ask them five questions that no one else has asked before. Olle answered our questions and gave us a little glimpse into their life, that the duo has not shared before.

We don’t break records just because the sake of it. With the pillow fight it felt natural, we just had bigger and bigger fights and at one point we started thinking ‘how big do we need to make it to break a record’? We don’t look for records to break, if something make sense we might give it a try…

2. If you had to play at one venue for your whole career as Dada Life, which one would it be and why?

If we had to do that, we would build our own venue in Dada Land!

3. How many times have you kicked-out the epic motherfucker? In seriousness though, how did the title come up for this song?

Hmm, when we wrote the song we thought it was an obvious reference. But no one so far have really understood it… Now we rather leave it to history.

4. If you had to pick a dream collaborator from a genre other than electronic, who would it be? It could be anybody from the history of music.

5. Tell us about Dada Land. If it could be located anywhere in the world, where would it be? How would everyday life be for the Dada Land residents?

Somewhere warm and nice, but not too warm. Think California weather. We also need the ocean. We can’t be land locked. So an island somewhere nice?

Now it is time to bounce to something new from these awesome Swedes: check out their new deep track, “Red is the Color of Rage.”