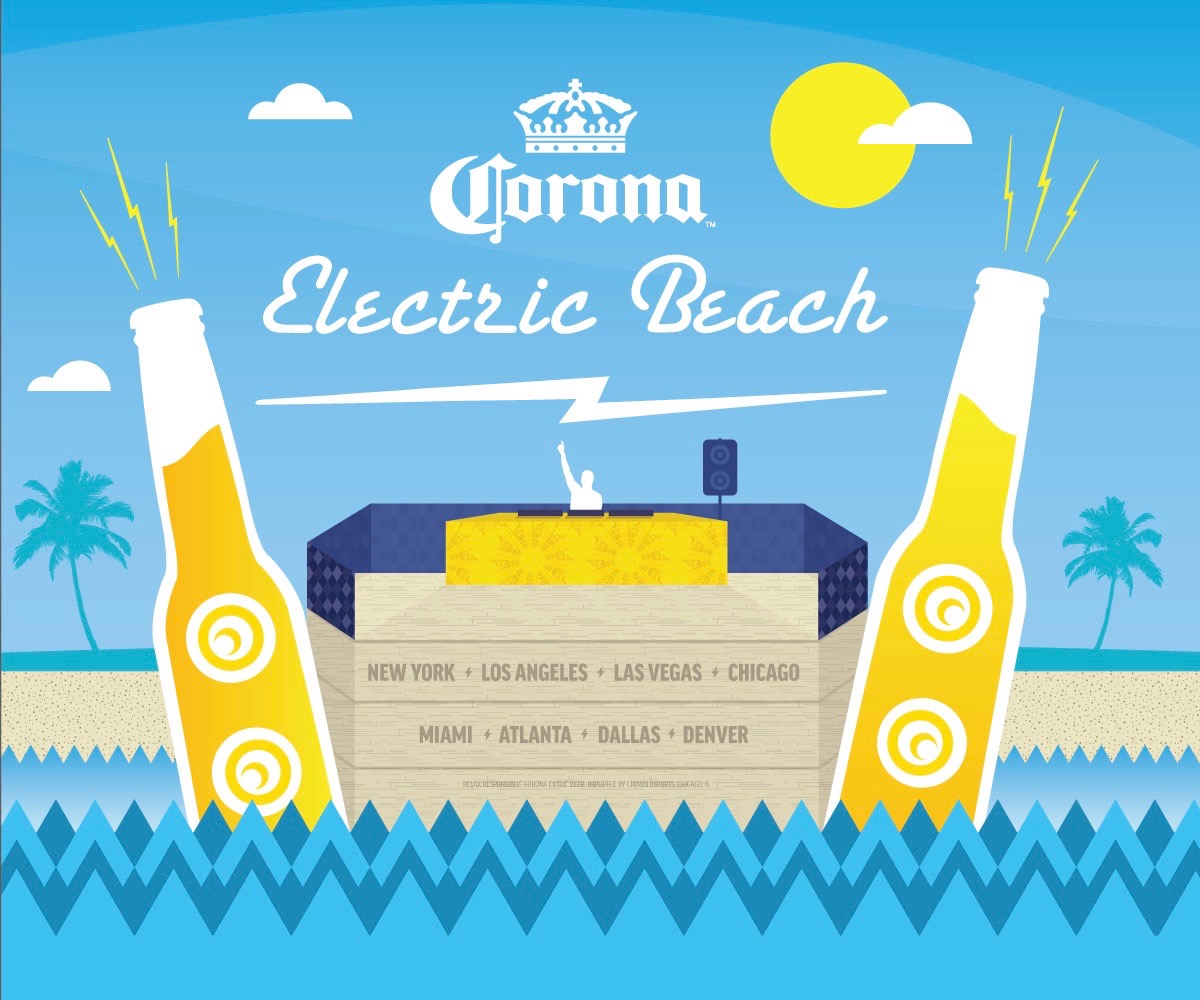 2015’s Electric Beach brought Paper Diamond, SNBRN, Chromeo (DJ Set), Jillionaire of Major Lazer,Grandtheft, Bag Raiders, Will Sparks, Timmy Trumpet, AN21, TWRK,  Ape Drums, Craze, Astronomar, and more to cities across North America. This year, depending on date and which city you attend the event in, the Electric Beach will host, Flosstradamus, Zedd, Skrillex, DJ Snake, David Guetta… the killer list of DJs goes on and on.

The event series for 2016 kicked off back in April in DC with TJR as the headliner. Since then Electric Beach has brought body bumping music to Dallas, LA and Miami. Up next the sun-soaked event will be hitting Chicago, EDM Bangers home base, on June 25th. The 21+ event will take place at Cerise at The Virgin Hotel from 2PM-7PM and feature Giraffage, King Arthur and COFRESI.

Electric Beach will stop by Chicago two more times after the 25th. On Sunday, July 10 John Dahlbäck, Robbie Rivera,and Milk N Cooks will be performing at Deuce’s and The Diamond Club, and then the following weekend on Saturday July 16th A-Trak will be headlining the event at North Avenue Beach.

If you want to see some great music but don’t want to commit to a full festival, Electric Beach is the event for you. You will get to experience the energy and vibe of a music festival without the camping, hiking from stage to stage and multi-day commitment.

You can find out if Electric Beach is coming to a city near you and peep the full list of artists by heading over to findyourelectricbeach.com.

Big Wild Brings Invincible Tour to a City Near You