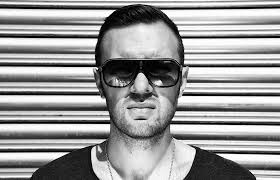 The tour which started on September 11th in Atlanta will hit over 14 cities. Some of the stops will include DC’s U Street Music Hall, Audio in San Francisco, and familiar setting, Pomona Fairplex for HARD Day of the Dead. Last month Lake played a surprise set at HARD Summer. You can check out the full set of tour dates below (more are to be announced!).

Lake’s North America 2015 tour was announced just ahead of his upcoming new single release. The song, entitled “Stranger” will be via Ultra Records on September 25th.

Chris Lake, who was a multi-instrumentalist by age 14, has sold over 1,000,000 records. His latest remix of “How Deep Is Your Love” by Calvin Harris & Disciples gained over 5,000,000 plays on Soundcloud and got a #1 spot on HypeMachine. Lake is seen as “a curator of sound and one of the key innovators in the electronic movement.” He has “established himself as a tastemaker on the pulse of today’s ever-evolving sound.”

Tickets can be purchased HERE. You can also take a listen to the tour mix HERE.