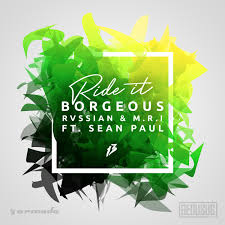 DJ/Producer Borgeous has surprised electronic music fans with his latest track, Ride It, featuring Jamaican vocalist Sean Paul, hinting at stylistic changes in his up and coming album. The song makes use of a powerful beat with a big room trap sound different than that of his better known songs such as Tsunami or They Don’t Know Us. It seems the artist is always crossing genres, especially in his collaborated pieces such as that with Whoo Kid, Wiz Khalifa, and Waka Flocka Flame.

However, no matter the genre of dance music Borgeous chooses with his tracks, he has yet to fail at making music worth listening to, and fans are looking to see him play this festival season. At Chicago’s much anticipated 5th annual Spring Awakening Music Festival in the coming month, he can be found playing at the DJ stage on Sunday June 12th, where hopefully festival-goers can find this track and more sneak peaks to the coming album.