If you’re looking to see Big Grizmatik perform live this year, you better grab a ticket for Camp Bisco this weekend.

The sick trio of Big Gigantic, GRiZ, and Gramatik only have two official performances set for 2016, and one of the performances already happened. The first time the edm artists took the stage this year was back in May at the Summer Camp Music Festival. The second, and final (arranged) time they will perform together this year will be Camp Bisco.

Since Big Grizmatik became a group, it has been a rarity to see all three on one stage. I can see why this would be a rare occurrence; Big Gigantic, GRiZ, and Gramatik each have their own jammed packed schedules and sets at a multitude of big name festivals. I saw Griz at Bonnaroo and Electric Forest this year, and at both festivals he performed multiple times. At Bonnaroo, aside from his set, Griz did a late night secret set with Cashmere Cat. At Electric Forest Griz played his own set and made a special appearance during The Geek.

Besides Big Grizmatik, Camp Bisco has a bomb lineup including many popular edm artists. ODESZA, RL Grime, 12th Planet, TroyBoi and The Disco Biscuits are just a few on the long list. (Griz has his own set too). Peep the full lineup below. 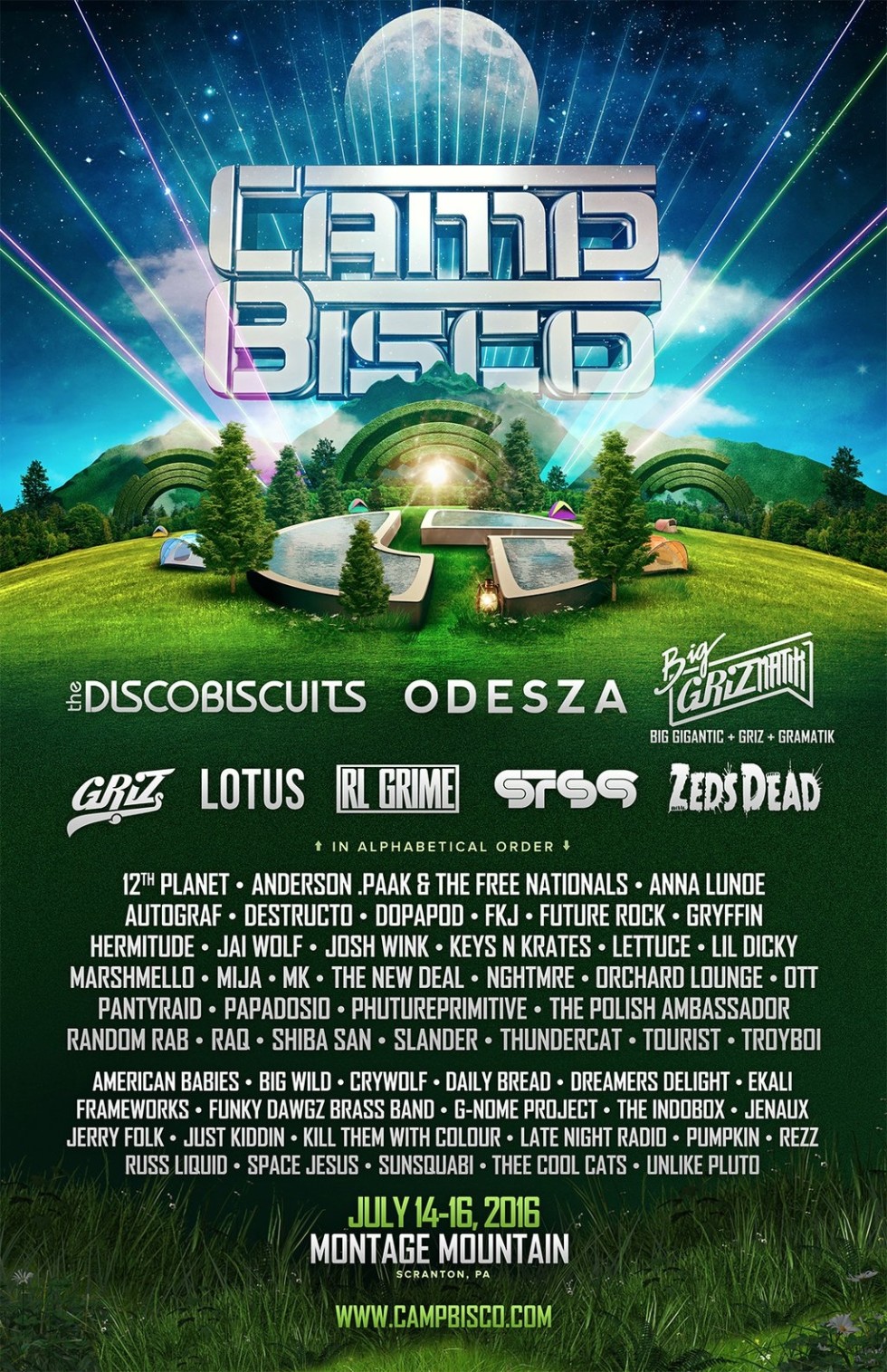