Home Artist of the Month Pig&Dan 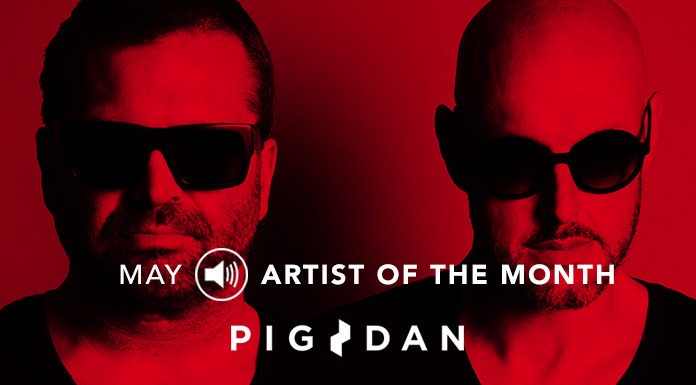 On our journey down to Arizona to review Phoenix Lights Festival, we had the chance to sit down with one of the biggest duos in the techno industry. Dan Duncan and Igor Tchkotoua, better known as Pig&Dan, shed some light about themselves, their productions, their idols and how to make it in the dance industry.

The duo made this interview funny and witty, because they do not take themselves seriously! It all started in an airplane, where they met each other. It was a random moment that led to something special.

One of my main questions for any act is how do they come up with their name. In this case, Dan comes from Dan Duncan’s name. As for Pig, Igor told us it was inspired by his love for food.

One of their most famous productions was “Growler,” which hit #1 in the techno and overall Beatport charts. Take a listen below:

Invading the dance industry from different backgrounds, Pig&Dan have managed to leave their imprint in the electronic music world. With their latest album release called “Modular Baptism,” the duo compiled 15 tracks with similar vibe, all in one collection.

Released under their own imprint called ELEVATE, Pig&Dan aim to bring music they like to the masses, even if it is not popular. It is about bringing someone’s own signature style to the table; tracks that have something that stick out.

Check out the exlusive interview we did with Pig&Dan live in Phoenix Lights Festival:

Their performance was both intimate and groovy. The sun had set at the time, and the techno basslines were bluring from the subwoofers. Their set combines their skills on the CDJs, along with great song selection that keeps the vibe going. If you love techno and you have not seen Pig&Dan live, their next performance near you should be on your to-do list.

I am always inspired from producers who try to help others, and this duo has done a masterclass on Computer Music Magazine. If you are inspired by Pig&Dan‘s sound, take a look at the videos below. They might help you a lot in your productions:

You can follow Pig&Dan on their following social links:

[Artist of the Month] Mako

Sofi Tukker & ZHU team up for the extremely hot and...