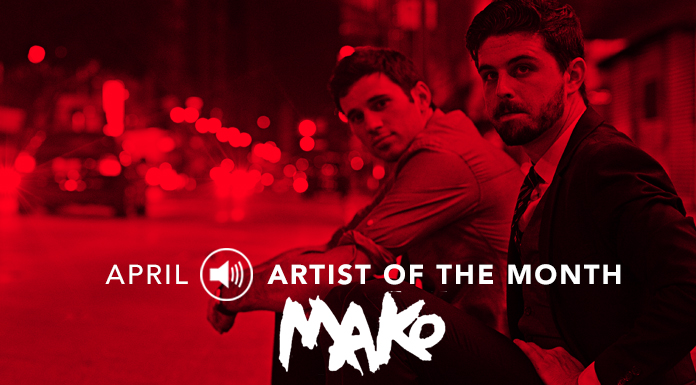 We had the chance to speak with Mako on their Chicago stop, during their Run For Your Life tour, and talk about their new album, life on the road, League of Legends and many more details you might have never heard before!

Mako, consisting of Alex Seaver and Logan Light, is an electronic music duo from Los Angeles, that got in the spotlight with the release of “Beam,” back in 2013. A track that blew up with many different versions (an original and orchestral just from Mako themselves), brought the duo’s production to new heights.

Their name and its significance was a mystery to many, until we got the chance to speak with Alex about its origins. If the name reminds you something from your childhood, then you are correct! Originating from Final Fantasy, Mako was the name of the reactors in the seventh installment of the series.

We only had a chance to speak to Alex, before his performance at the Subterranean in Chicago, since Logan was not present on this tour stop. However, he shed a lot of light on who Mako really are now, their influences, and the direction they are taking with the project:

Check out the exclusive interview of Mako with EDM Bangers:

Mako‘s live performance was combination of electronic and indie, with a whole band playing the parts to their songs. Their use of live instrumentation to bring their album to life captivated the crowd, along with the vocals from Alex. There is something about listening to a vocalist sing on stage that emotionally grabs you, and that is what Mako are bringing with their new sound. It is a connection of emotions between them and the crowd, something that a mere DJ Set can not do.

Playing many songs from their new album, “Hourglass,” we came across some favorites! My personal favorite from the album is “Devil May Cry,” which I am guessing comes from the famous video game series. I also love “Let Go Of The Wheel,” since the feels get me with this track. When I listen to it, I feel no regrets, just happiness.

Take a listen to the whole album, and tweet us and Mako about your favorite track!

The remixes for “Hourglass” are about to drop at the end of the month, but Mako have released two of them already on their SoundCloud. “Let Go Of The Wheel” received a remix treatment from FURY, with a more future bass-style sound. Attom Chill also did his own version of “Run For Your Life,” with a tropical house sound.

Take a listen to the remixes now, before their release on April 28th:

You can follow Mako on their following social links:

[Artist of the Month] Pig&Dan

Allow Gold Fields to ignite your inner fire, with their latest...