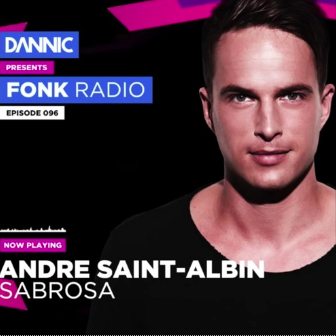 Open up whatever music streaming service you use, search “Sabrosa,” and add it to your library. Trust me, this latest track from André Saint-Albin is a must have on every party playlist.

“Sabrosa” encompasses a bouncy and funky, big room electric sound that flawlessly mixes in percussion and tight ebbs and flows. “I wanted to bring flavor (pun intended) and tribal percussion to such a track that mixes beauty and mayhem in one highly inventive production,” says Saint-Albin. “‘‘Sabrosa’ means DELICIOUS -TASTY!”

Dannic of FONK Radio premiered Saint-Albin’s latest track in July and described it as, “something we all want and need these days in our lives.” The high-energy electric beat combined with the intoxicating urging of ‘dale’ (which translates as go ahead, do it, go for it) makes it next to impossible to not to jive to this song in some sort of capacity.

André Saint-Albin broke onto the scene in 2015 when his debut experimental EP ‘037’ premiered at Electric Daisy Carnival: Las Vegas. His music can now be found worldwide on platforms like iTunes, Spotify, Rhapsody, Amazon MP3, Google Play and Billboard Music. “Sabrosa” is the is the follow up to “Oye” which Saint-Albin released earlier this year.

If you’re digging André Saint-Albin’s sound, you can discover more of his blood-pumping music at his social links below.